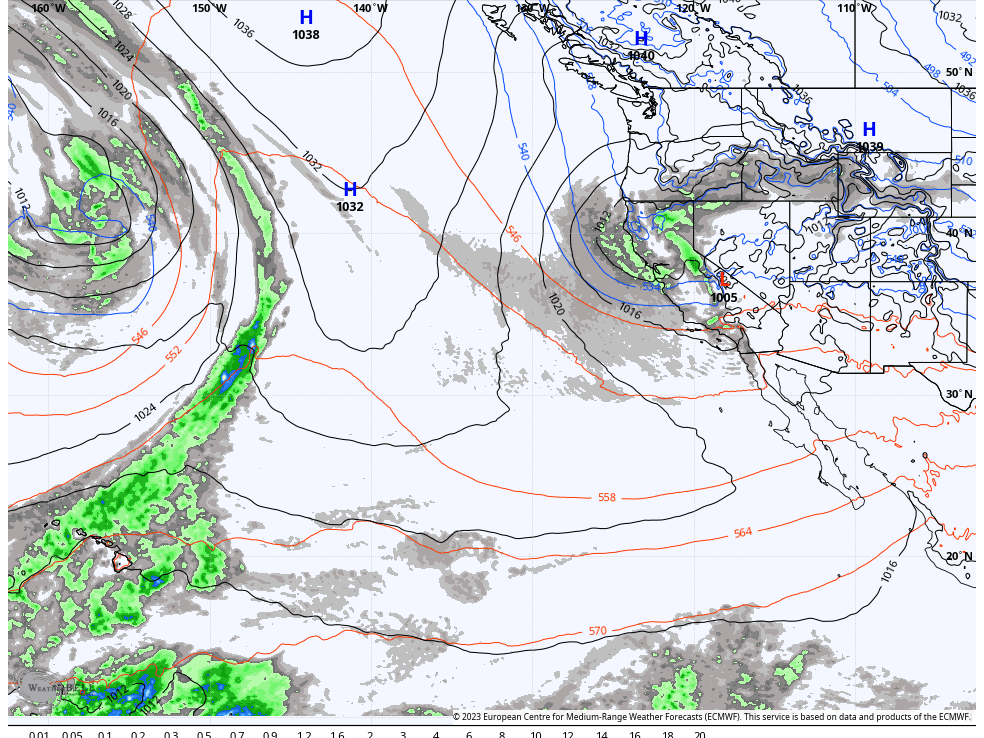 The cold/dry pattern lasts through the end of the week, with a slight warm-up for Friday. We could see weak systems Sun-Tue with some snow. Wetter storms are possible during the first week of February. The below-average temperatures are expected to continue through the long range.

The strong northeast winds have come down Tuesday morning but are still breezy with some stronger gusts for some peaks. We have inversions with temperatures around 10 degrees colder at 6000 ft. vs 9000 ft.

High pressure will dominate the pattern through Saturday. Highs into the 30s to near 40 degrees at lake level each day, with the exception of Friday where temperatures could be a few degrees warmer. 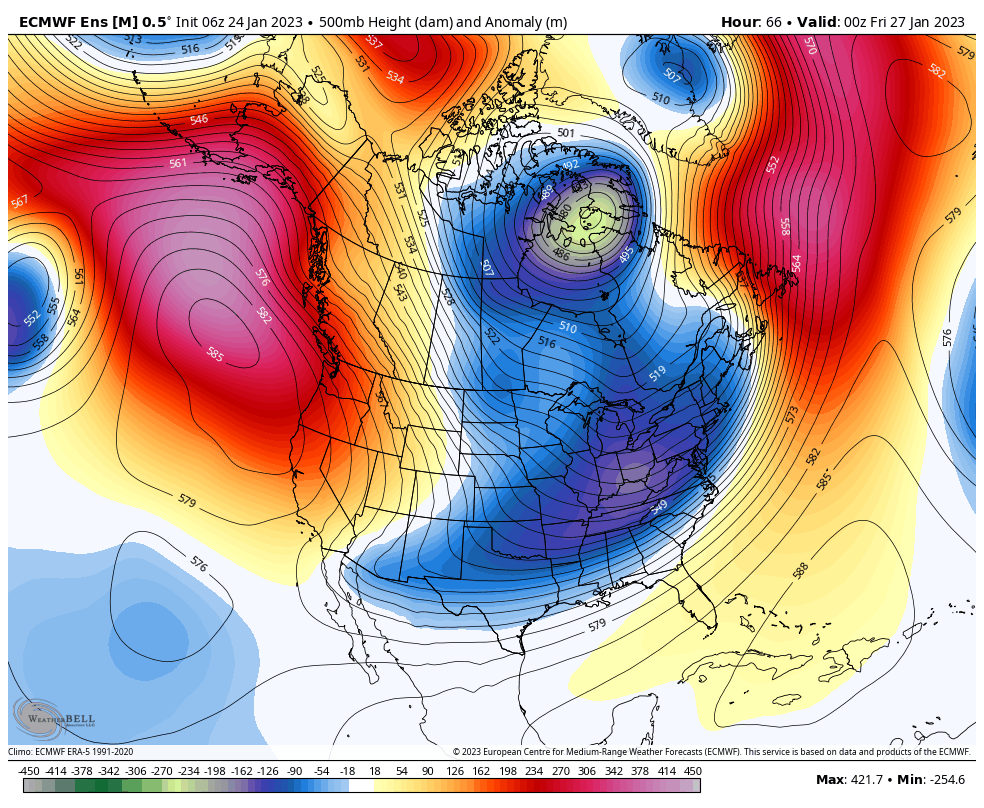 Colder and windier weather is expected for Sunday into early next week as the ridge near the coast shifts west and a cold trough digs into CA from the north. 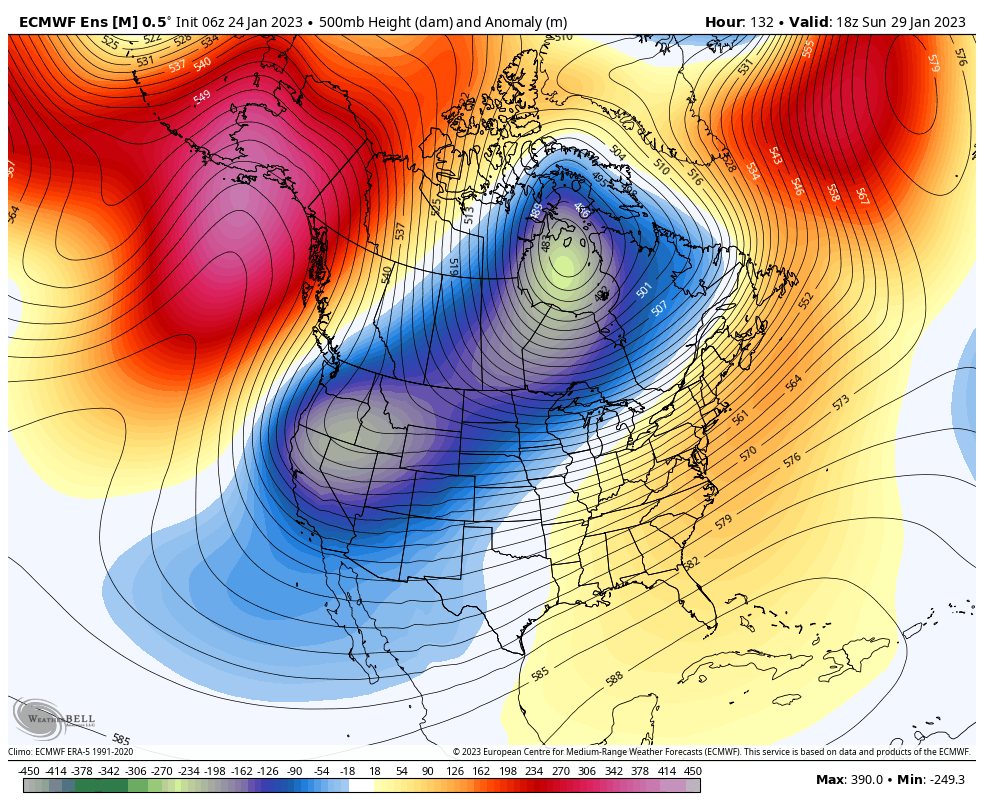 Highs drop into the 20s for the upper mountains and 30s at lake level starting Sunday. The winds could become strong enough to affect some upper mountain lifts into Monday.

We are tracking a system or two that will drop down from the north between Sunday and Tuesday. The European model shows some snow for the northern Sierra Sunday and again Monday... 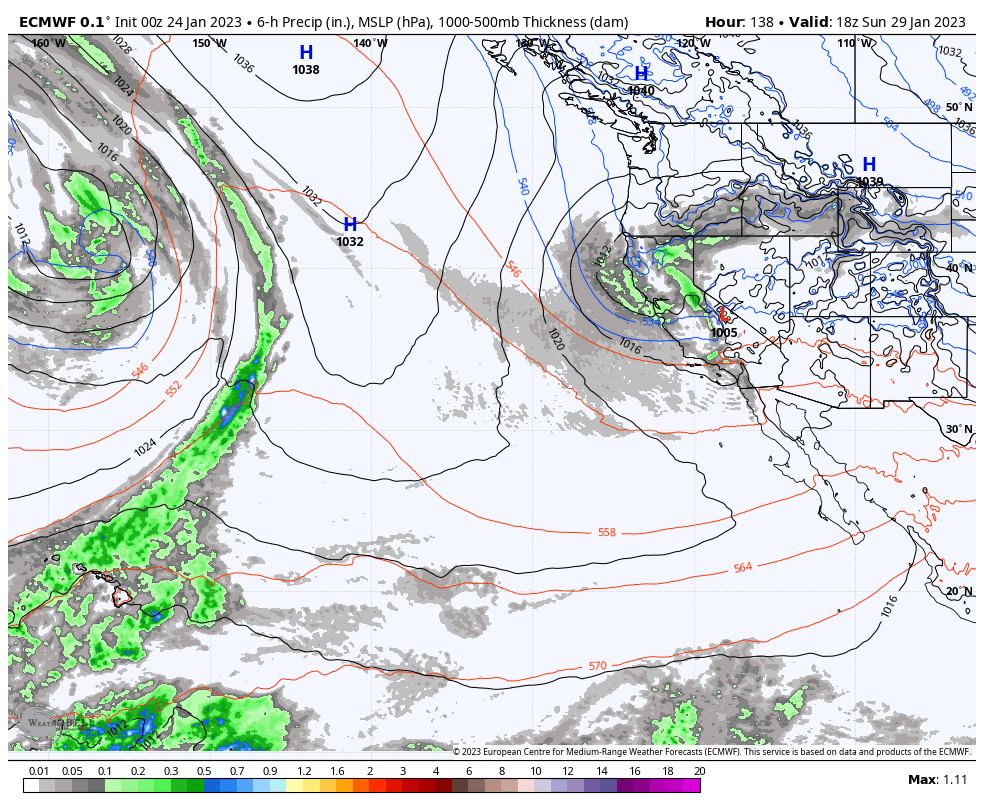 ...while the GFS model shows the systems bringing us some snow Monday into Tuesday. We will have to work out the timing, but overall a colder pattern with some snow is expected. I will start to look at specific amounts forecast starting with Wednesday's forecast post.

The latest model runs don't agree on the exact track of the systems from the north. They could stay drier over land or they could track closer to the coast and tap into some Pacific moisture. The WPCs blended model forecast through Monday shows only light precipitation totals. 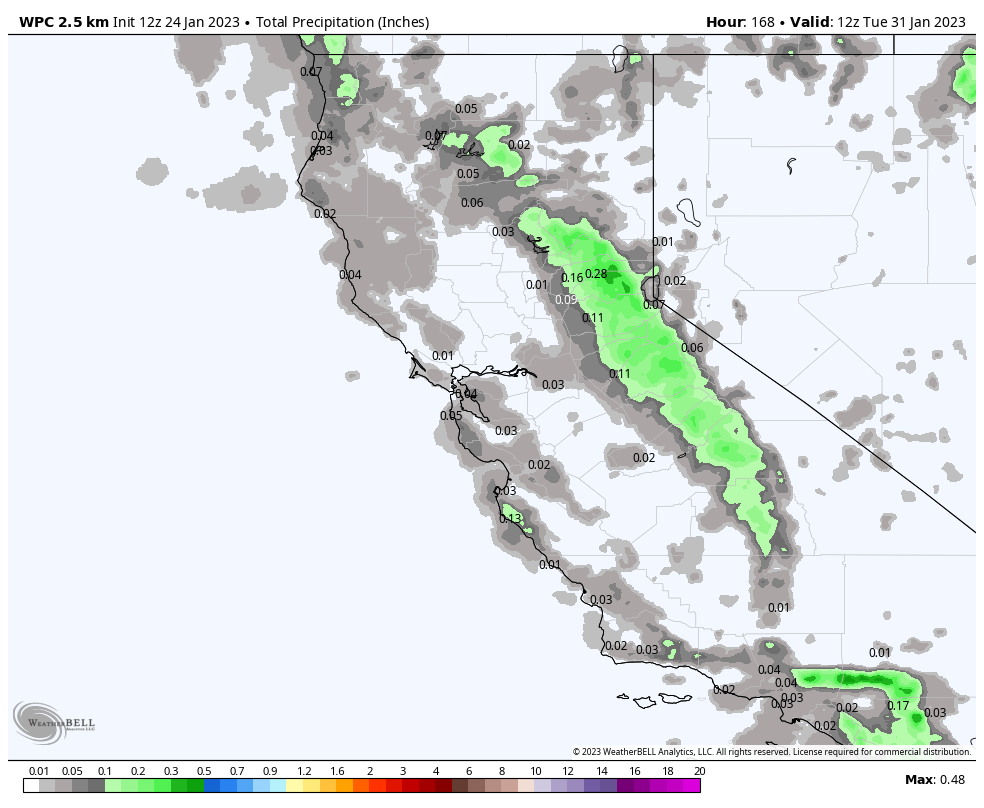 But some of the individual models like the European are wetter. 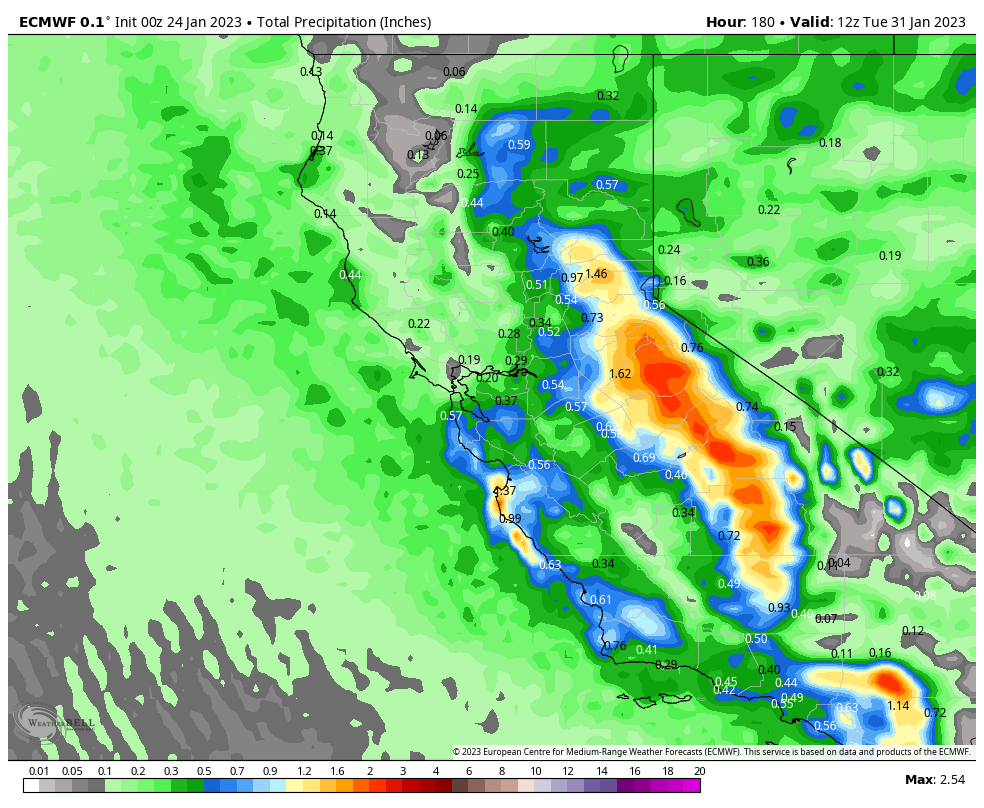 We'll continue to watch the trends to see how much snow we could see Sun-Tue. Overall I'm expecting the snow to fall in inches not feet. 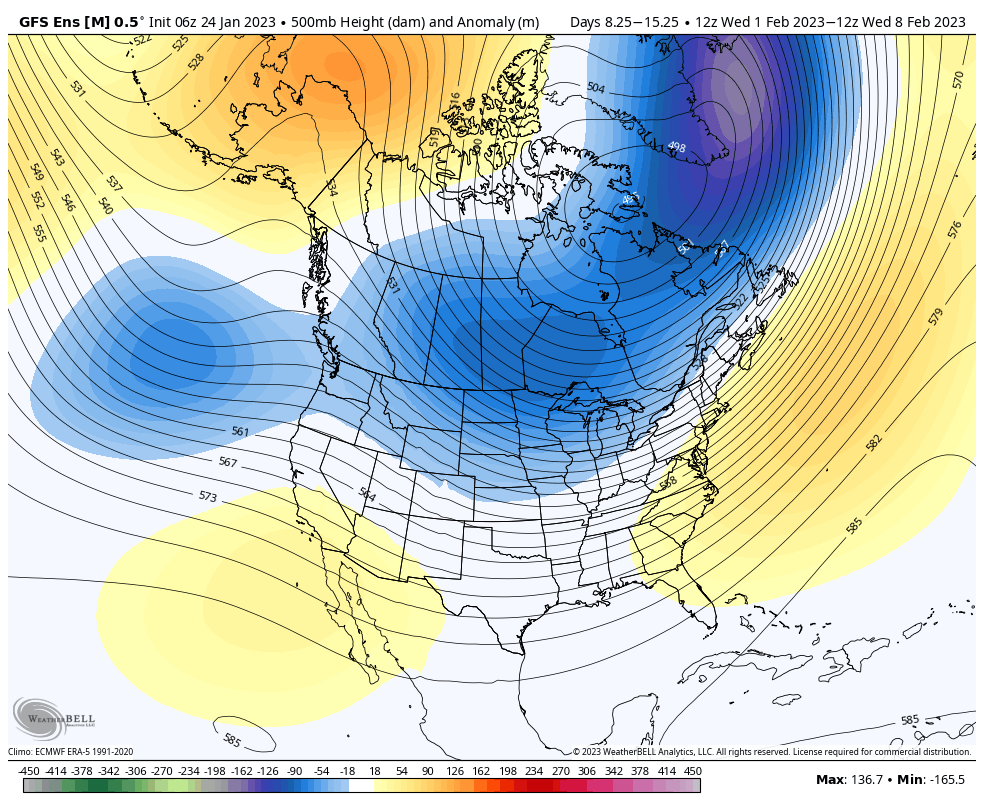 If the trough is too far off the coast it can start to pump a ridge over southern CA and the Baja. I've been talking the last few days about how the deterministic models have been showing the storm track more to our north with only lighter precipitation reaching the northern Sierra through the 1st week of February, like the latest GFS model run. 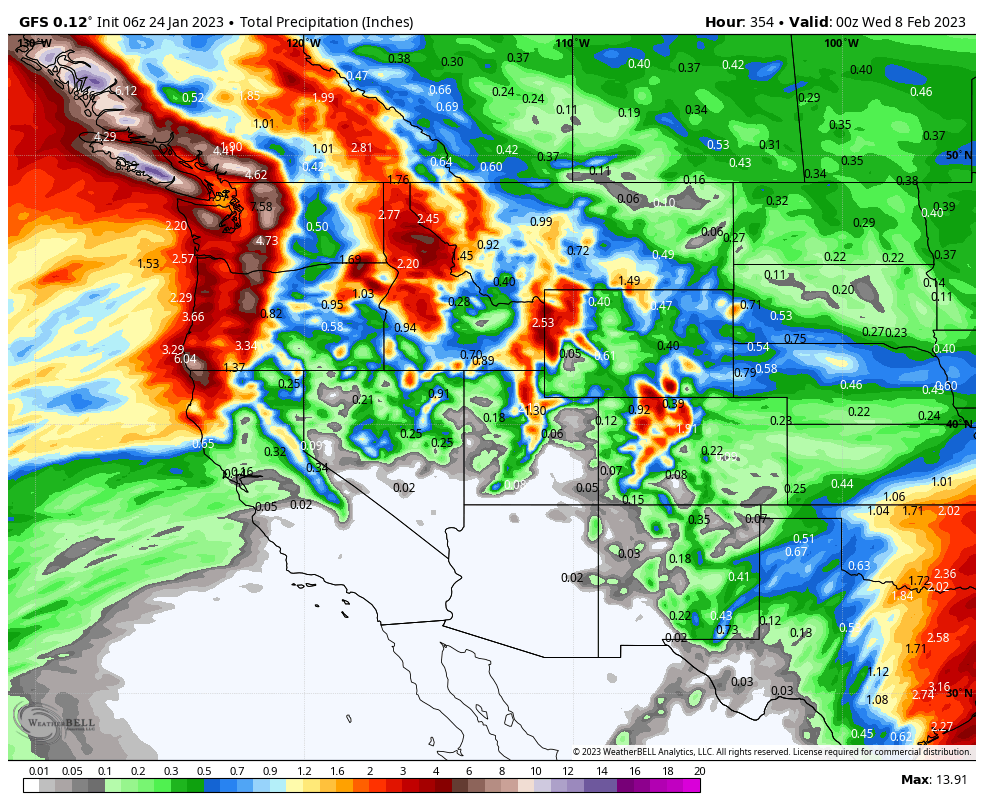 Meanwhile, the ensemble mean models, which are averaging dozens of ensemble member runs, continue to show a wetter pattern. 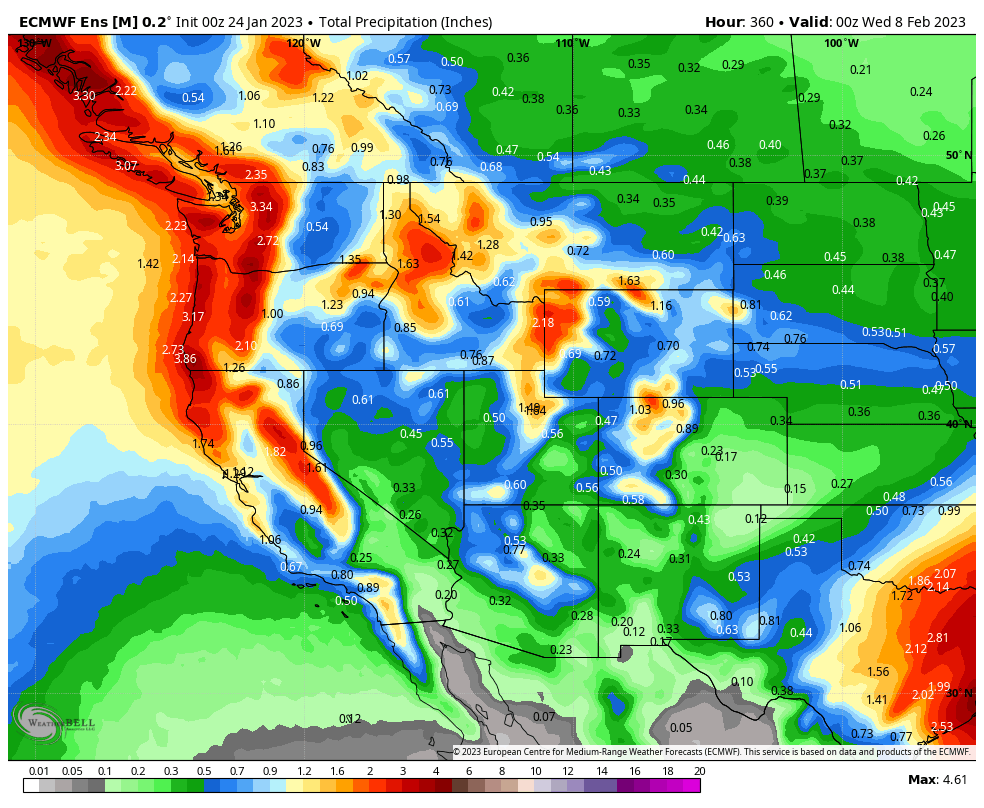 We could be right on the southern edge of the storm track, but that could also place the jet stream into northern CA at times. That could mean that some wetter storms with possible ARs could develop during the first week of February. The 0z GFS model run last night showed this and was a much wetter model run.

If the ridge to our south is stronger, the storm door may not open as wide for the northern Sierra during the first week of February as we had hoped. The pattern still shifts to a more active pattern, in part due to the active phase of the MJO in the Indian Ocean, but the biggest effects could be just to our north into the Pacific NW and far northern CA.

We'll continue to watch the trends. I think the deterministic models are going to struggle with the storm tracks until we are within a few days of each storm, but overall we are expecting a colder and somewhat more active pattern starting Sunday.

Beyond two weeks into the 2nd week of February, the long-range models suggest that high pressure could set up closer to the West Coast again. I've been mentioning that the pattern for mid-winter, from mid-January through February, would likely feature the ridge wanting to build near the coast more often than not.

We could see some storms through the end of February, but overall the long-range models suggest below-average precipitation amounts in total for the rest of the month after the 1st week of February. Then we will watch to see what could happen through the end of the season. The European and Canadian seasonal models keep CA below average. 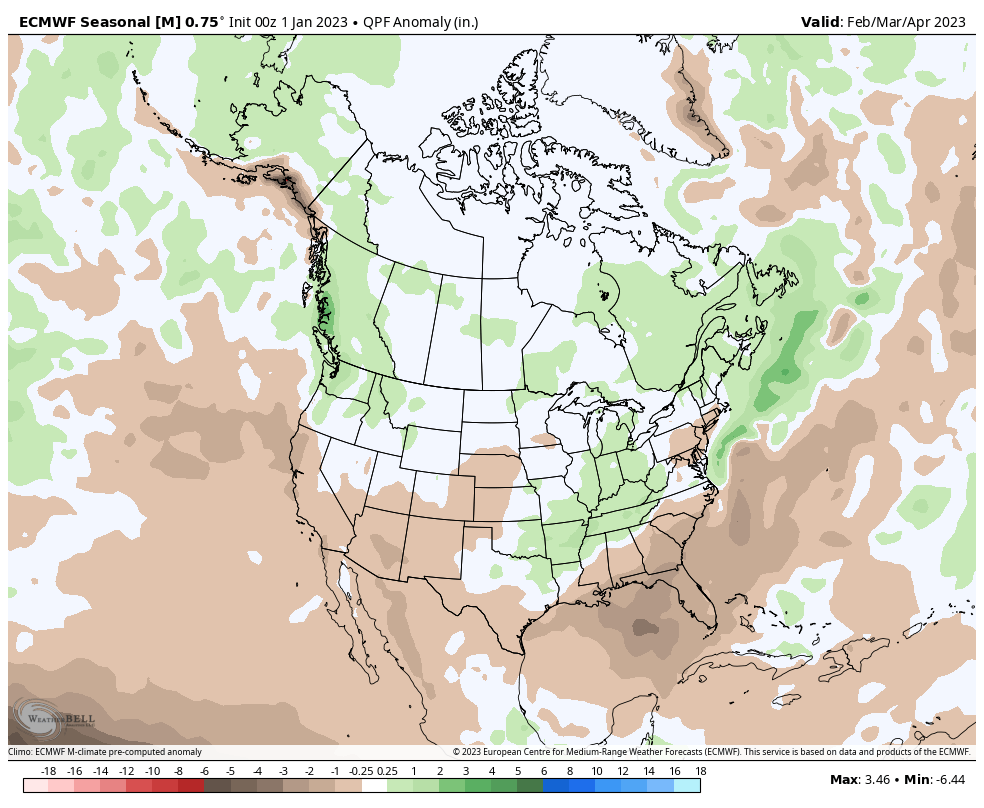 The La Nina is fading so hopefully the long-range models are wrong. They were wrong for January as they showed below average precipitation forecast back in early December for January. Even in drier patterns, we can still get good snowstorms, and we have a huge base out there that will last a while.

Here's to hoping that the long-range model forecasts are wrong again...

P.S. A new episode of The Flakes Podcast is out! See below or find it on your favorite podcast platform and subscribe.

This week The Flakes talk about the Snow Returning to the Northeast, chat with Julien Ross about the Great Snow in New Mexico, report Snowfall Around the rest of The U.S., look at the Snowfall Forecast for The Upcoming Week, and discuss the Long-Range Snowfall Patterns.