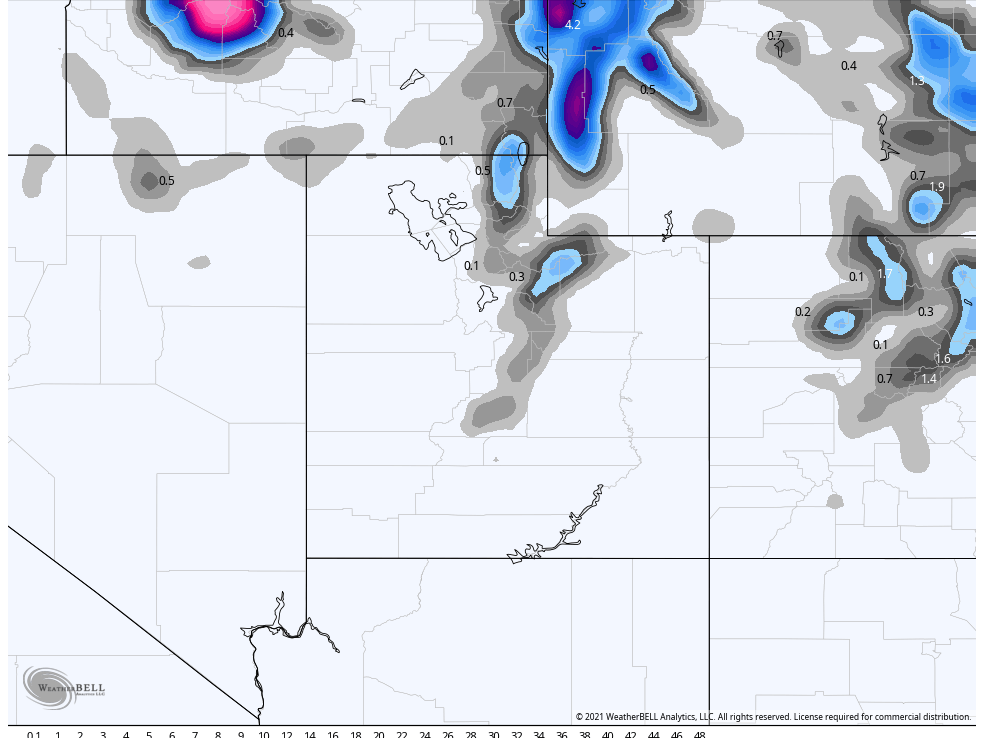 High pressure remains in control this week. Far northern Utah will be brushed by a weak system late on Wednesday. We may be similarly brushed by other systems this weekend. We continue to wait on an upcoming pattern change later next to see if that will bring us better chances for snow.

Everyone has their favorite Utah resort. But did you know that no two storms fall the same? That’s why it’s worth checking the forecast and report to see where the deepest turns are going to be. Explore all of Utah’s resorts at VisitUtah.com

Not really any changes from yesterday's forecast. We remain under high pressure with valley inversions today and tomorrow. Tomorrow (Wednesday) afternoon and evening, we will be brushed by a weakening system in far northern Utah. Clouds will increase later tomorrow and we could see snow showers develop in the Northern Wasatch. By Thursday morning, amounts should be very light. Here is the latest NAM output for snowfall: 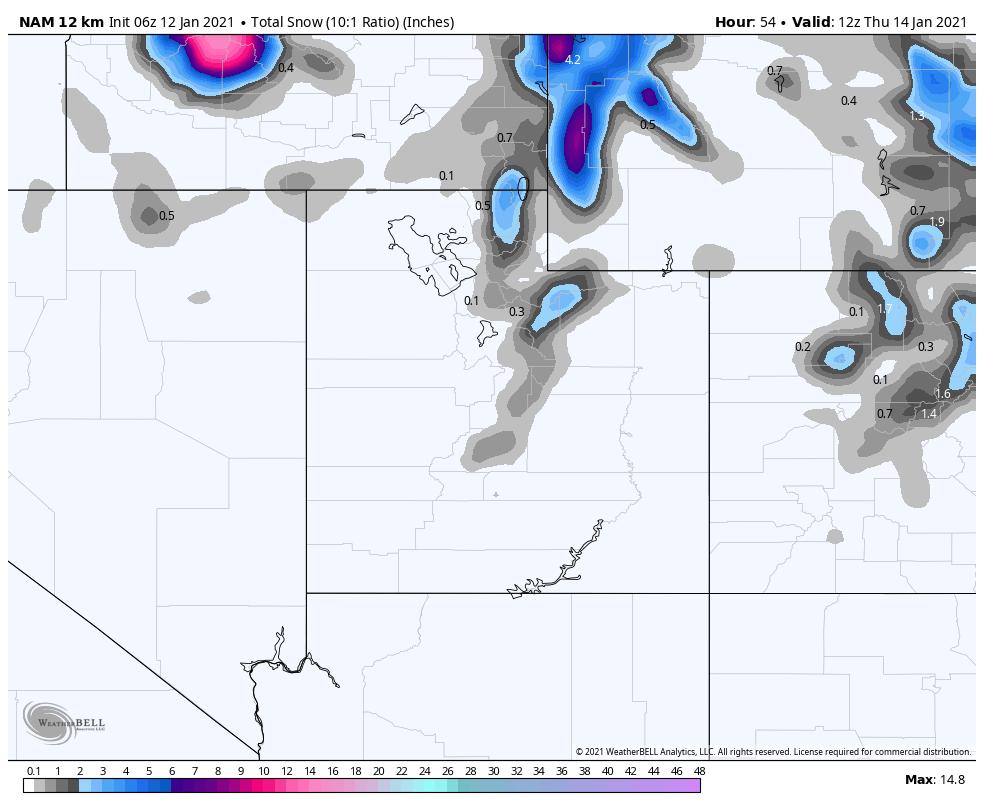 Really, I think maybe 1-3" for the Bear River Range up by Beaver Mountain. Otherwise, probably just 0-1" for other mountains farther south.

The good news is that these weak waves should at least help with inversions a bit. We probably won't completely mix out, but we should weaken the inversion a bit.

While no big snow is likely in the next week, Northern Utah should have at least 3 opportunities for light snow. We can't rule out that one of these systems could trend better or surprise us.

We definitely have a pattern change on tap for late next week. The ridge of high pressure will be gradually shifting west into the Pacific. Important to note that a "pattern change" does not always mean storms. We could go from one dry pattern to another. I'm hoping that won't be the case, however the initial stages of this pattern change is going to feature more cold air than moisture. The "storms" we get may be moisture-starved at least initially. Still, we say a major shift starting around the 20th of January. As we get closer to the end of the month, we should see further retrogression of the ridge axis which hopefully will allow for systems to pick up moisture from the Pacific.

At this point all we can do is wait for individual systems to get picked up by models in the 10-day window, which has yet to happen on a consistent basis. Once we get that, then we hope and pray that they make survive into the 5-day window of friendship. It's a long process that will require patience, I'm just not sure how much patience I have left.