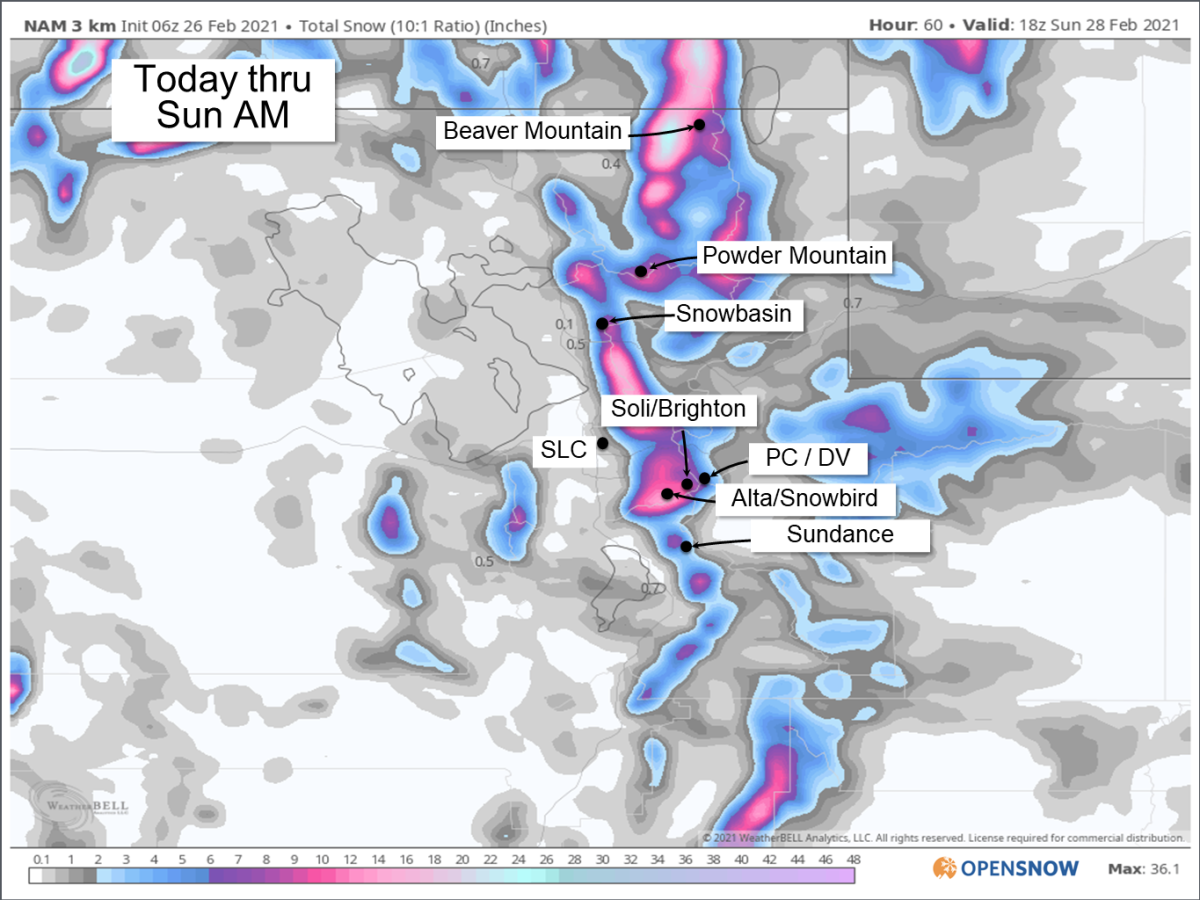 We have a weak initial wave moving through Utah this morning. A stronger system pushes in tonight into Saturday with more respectable snowfall amounts. A general drying and warming trend for next week.

We have a weak initial wave that is moving through Northern Utah mountains this morning. For the most part, we are only expecting a few light snow showers and maybe an inch or two. However, areas farther north have done a bit better so far. Beaver Mountain reporting 3" of snow overnight. Powder Mountain already showing 3" of snow as well and I have a coat of fresh snow in Ogden Valley as well.

The main impact of this initial wave will be to clear the way for a stronger system that will arrive later today into this evening. Snow will develop from north to south and we should see snow throughout tonight into tomorrow in mountains of northern Utah. Amounts are not huge, but snow densities are very light, so it should pile up quickly. You can see the areas expected to get the most snow in the below graphic: 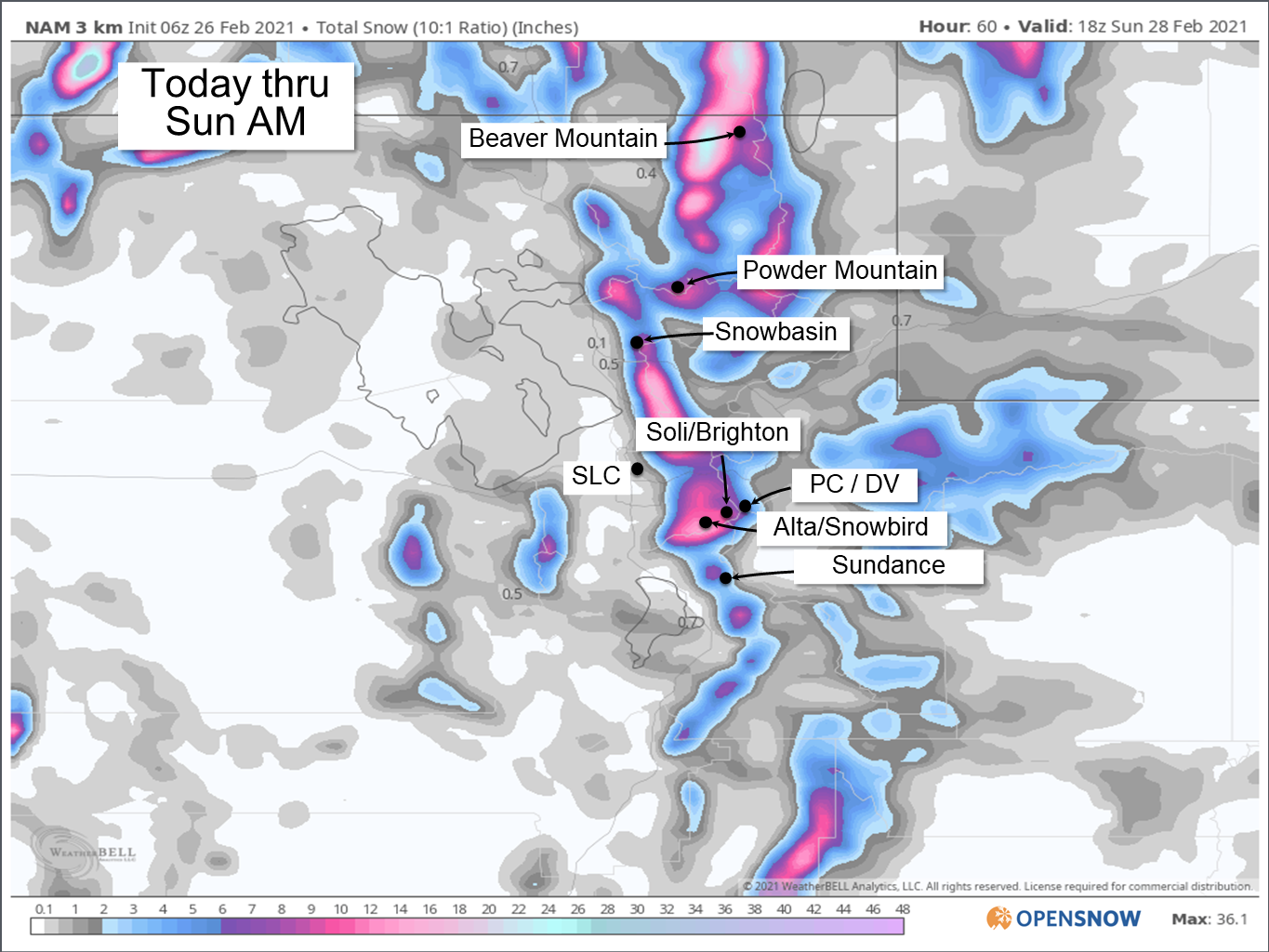 The Bear River Range and the Cottonwood Canyons are most favored where a foot or more of snow is possible. Other mountains locations are likely to be in the 8-12" range.

As mentioned above, this is low density snow due to very cold temperatures. There will also be wind associated with this system with gusts up to 50mph on the ridge tops tomorrow. If you're not a fan of cold and wind during a snowstorm, Saturday may not be the best day for you on the mountain.

We will clear out Sunday with bluebird conditions and leftover powder.

Next week should be a bit of a break. High pressure builds over the interior continental U.S.  This will keep troughing to our west off the Pacific coast for awhile. We could see a closed low spin up into the desert SW later this week that could bring some showers to mainly southern Utah, but otherwise we should be dry and warmer to start March.

Our next potential pattern change looks to occur around March 7th, +/- a day. We should see the trough off the coast progress inland and that should give us a more active pattern again as we head toward mid-month.