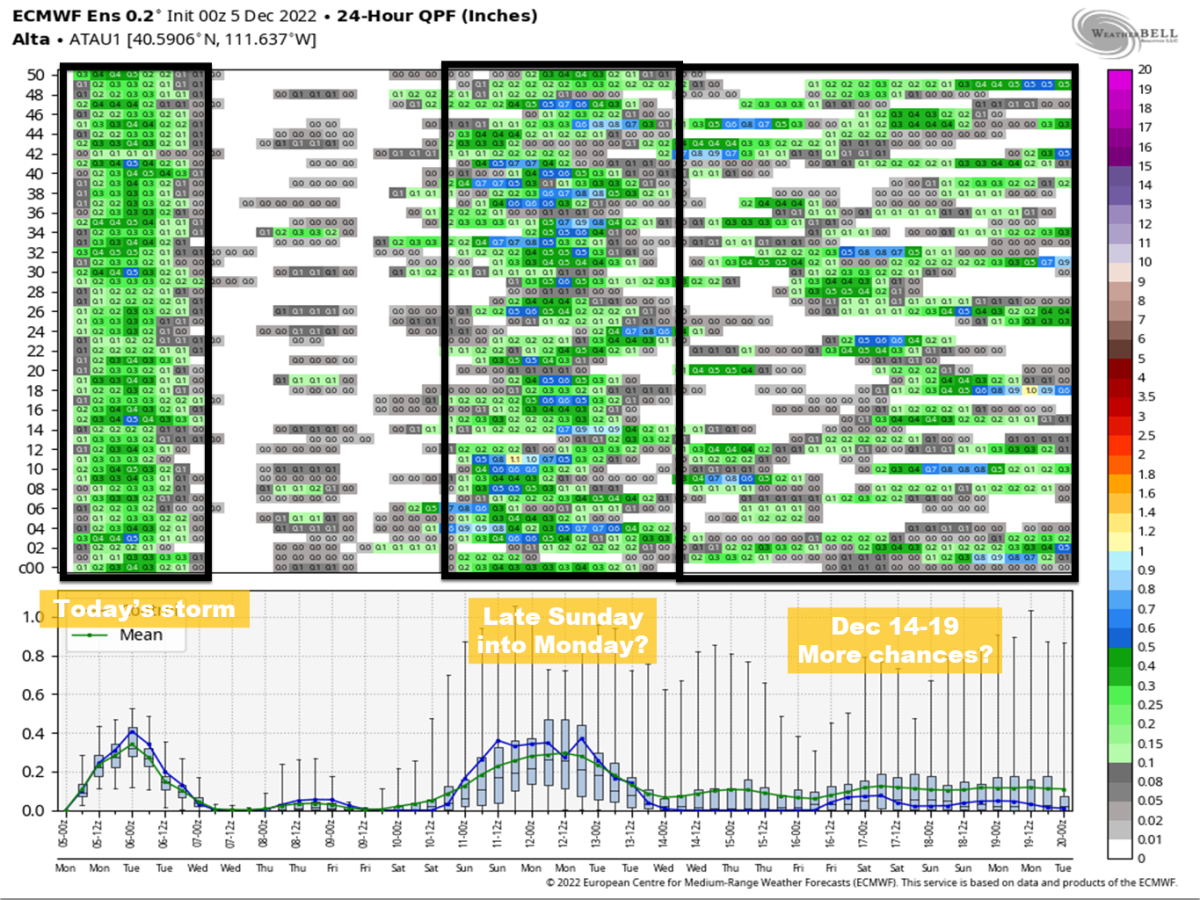 Our storm brought anywhere from 3 to 11" of snow overnight to the mountains of Northern Utah. Today should be fun! Snow showers will stick around through Wednesday in southern Utah with clearing up north. Next storm looks to arrive over the weekend.

We had another disorganized, quick-hitting system move through overnight. Yesterday I called it "Sunday night cream" and I think that will prove to be apt. The front moved through the Northern Wasatch very quickly, limiting accumulation up north. The front stalled a bit over the central Wasatch where it was able to drop a bit more snow. The forecast, if you remember from yesterday, was for 4-8" of snow with perhaps more in the Cottonwoods if the front stalled just right. This morning, we are seeing anywhere from 2-3" at PowMow and Snowbasin to 10-11" in BCC, 6-9" in PC/DV, and 8-10" in LCC. Alta is reporting 8" officially, but Alta-Collins suggests there might be a bit more. The snow stake looks good! 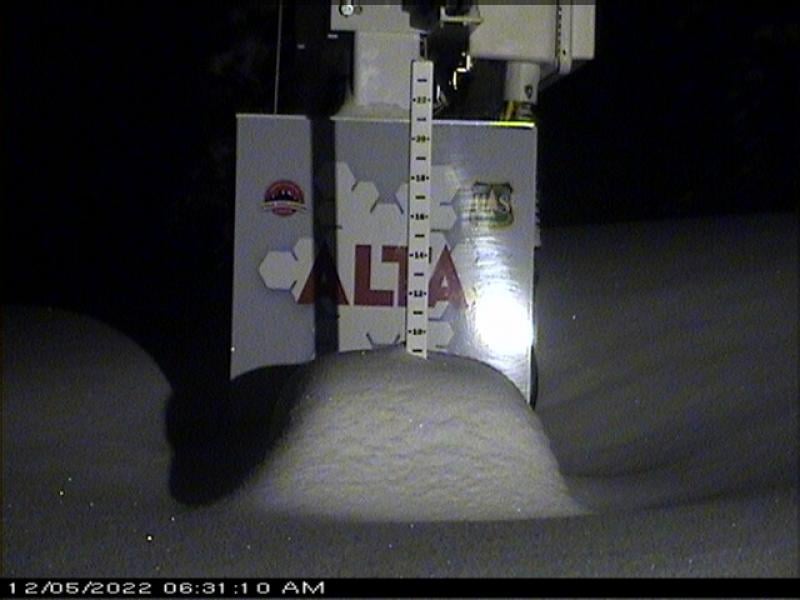 Temperatures at the onset of snow were in the upper 20s, even at 9600'. By the time the snow was winding down, they had fallen to the upper teens. Likely we have dense cream on bottom with some fluffier snow on top. Should ride well!

Today, we are going to see snow showers continue in southern and central Utah, but we may see some snow also lift back as far north as Cottonwoods/PC again later this morning. We could see a period of light additional accumulation. Eventually, we clear out again by later this afternoon.

Snow showers will linger in southern Utah Tuesday and Wednesday as a cutoff low spins down south. I don't expect big accumulation, but a few inches here and there in the high elevations is possible. In northern Utah, we should be mostly dry Tuesday through the end of the work week.

Looking for our next storm, it appears it will arrive over the upcoming weekend. Timing and strength are still difficult to assess as each model and run has treated the system differently. Here is the latest EPS meteograms: 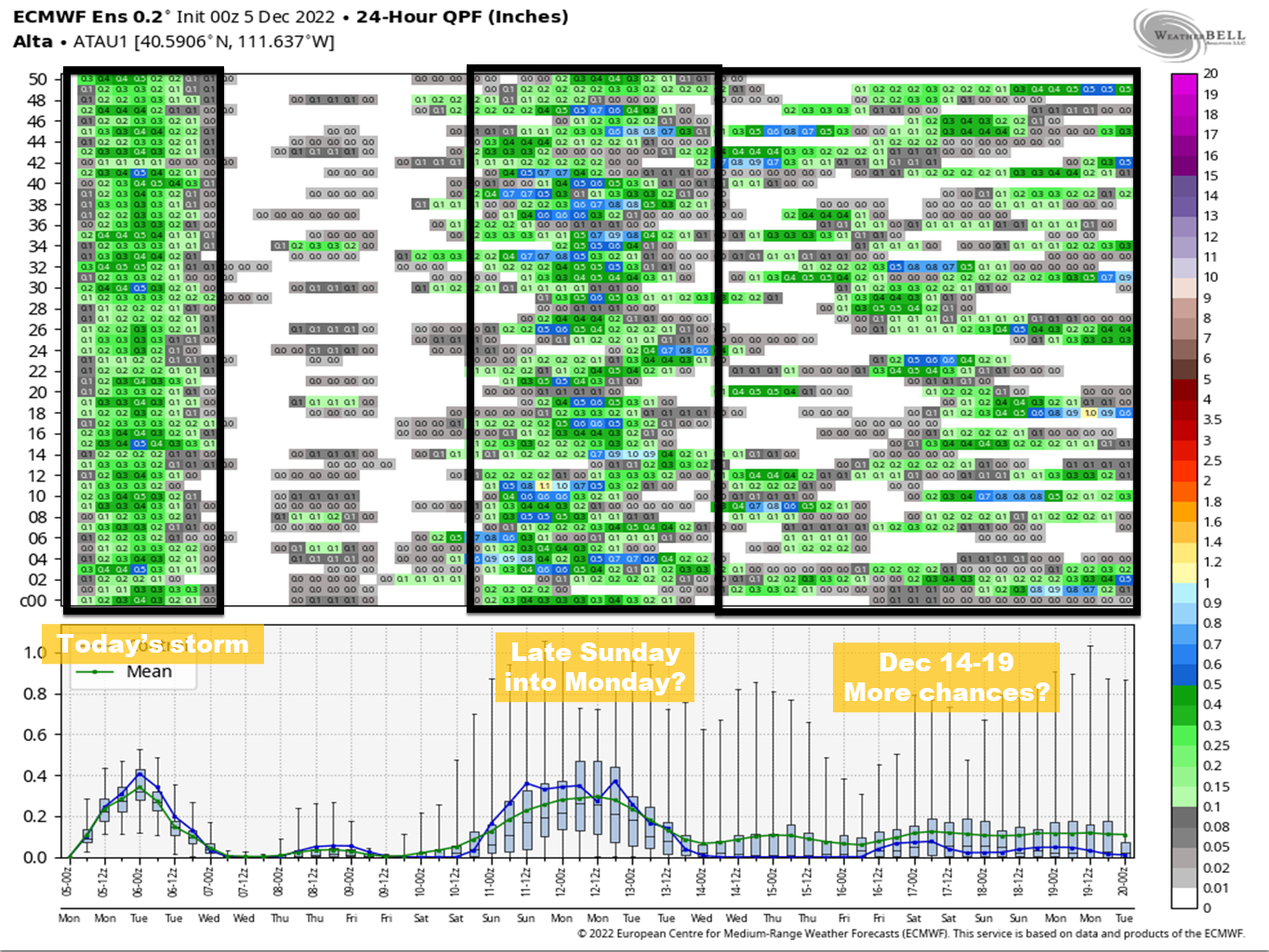 Virtually all ensembles have something, with about half showing at least a moderate storm. The most frequent timing for the best precipitation is late Sunday into early Monday. So right now, I'd guess we are going to be waiting for about 5-6 days before the next storm arrives after today. We just need to keep an eye on things to dial in the details over the upcoming week.

Looking beyond December 13 or so, the pattern is not one of clear troughing or ridging. This sorta ambiguous 10-15 day forecast has been the theme so far this season. Forecasts this far out are always difficult, but usually we can get a strong sense for if ridging versus troughing is likely -- this year, the tea leaves are hard to read. Maybe a storm around Dec 15, but who knows?