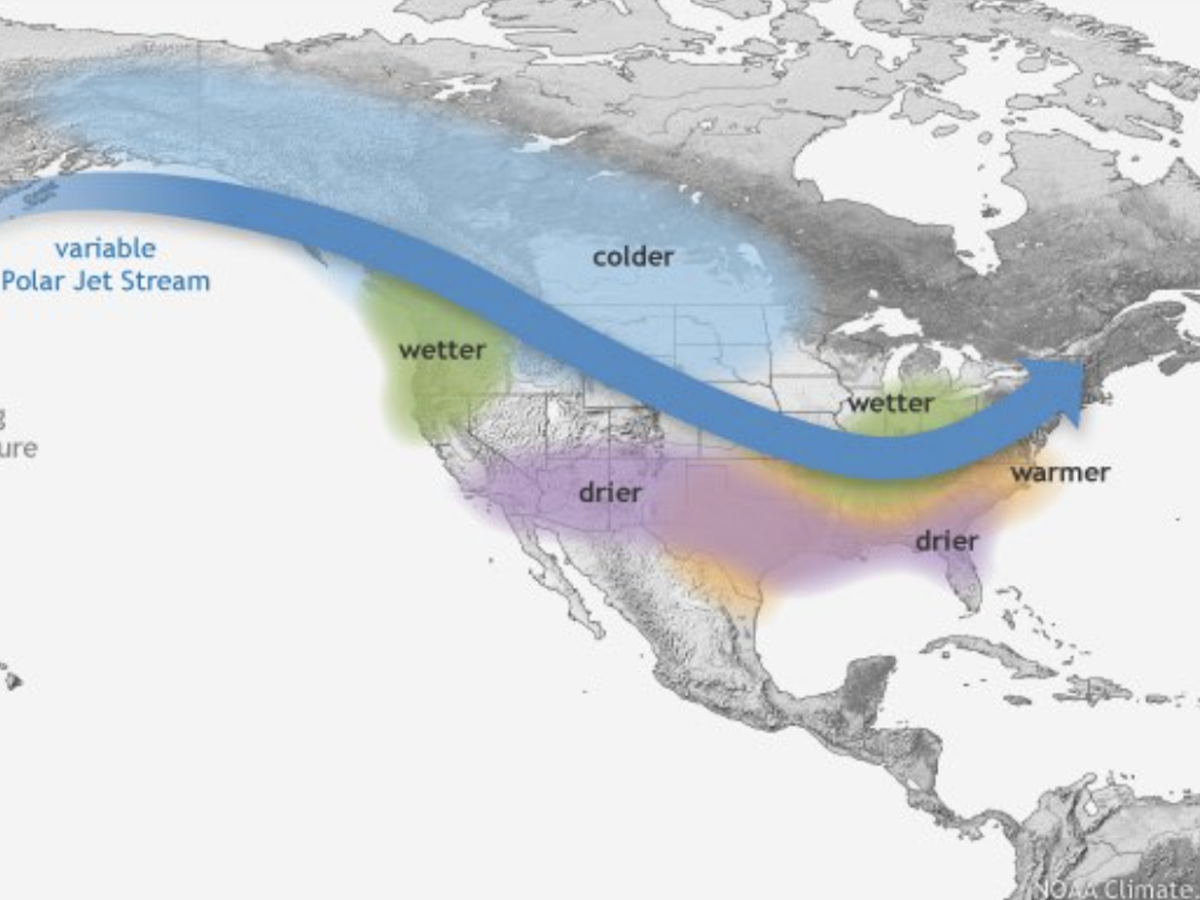 For the upcoming winter season, a "Triple Dip La Niña” looks to be in-store and better yet, current sea surface temperatures are showing a robust La Niña event. This article will explain what exactly La Niña is and what a significant La Niña episode could mean for the 2022-2023 ski season.

What is La Niña?

The term La Niña refers to the large-scale ocean-atmosphere climate phenomenon linked to periodic cooling in sea-surface temperatures across the central and east-central equatorial Pacific.

La Niña represents the cool phase of the ENSO cycle and means that the ocean water temperatures are cooler than average.

1) The average sea surface temperatures in the Niño-3.4 region of the equatorial Pacific Ocean were at least 0.5°C (0.9°F) cooler than average in the preceding month.

2) The average anomaly of at least -0.5°C (-0.9°F) has persisted or is expected to persist for five consecutive, overlapping 3-month periods.

Confidence is growing that a third consecutive La Niña will occur this winter – something that meteorologists have termed a “Triple Dip La Niña”.

A La Niña pattern has persisted into the summer of 2022, and long-range models have been projecting a higher than average chance of a La Niña continuing into the winter of 2022-2023, before possibly weakening in the spring of 2023. 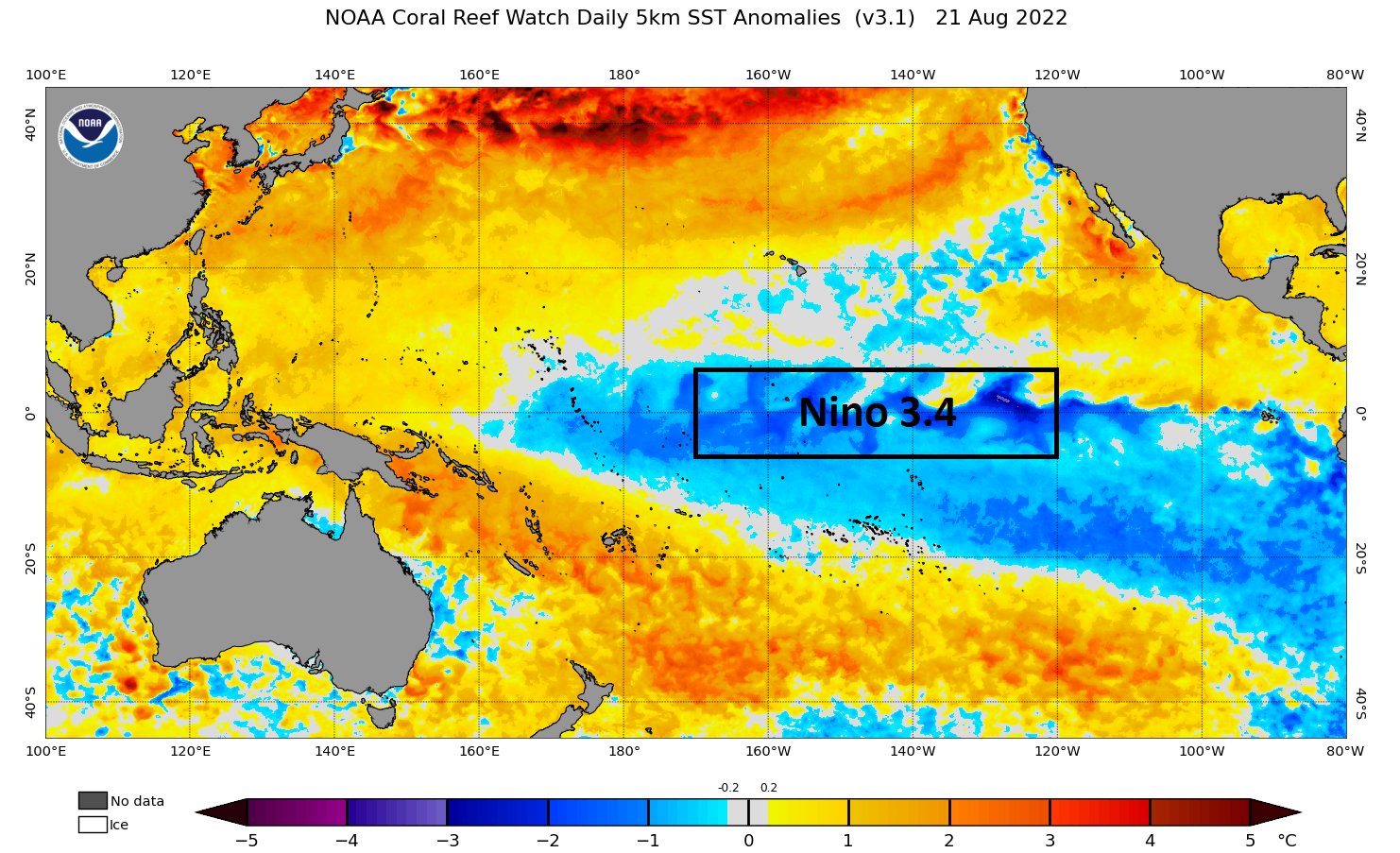 The weekly Nino-3.4 region index (sea surface temperatures in the east-central Pacific) anomaly is down to -1.2°C. This is the coldest weekly SST anomaly in August since 2010.

The first source of uncertainty is how accurately we can predict La Niña or El Niño. La Niña is expected to continue, with chances for La Niña gradually decreasing from 86% to 60% during the December 2022 to February 2023 timeframe.

To determine how La Niña impacts weather in North America, we can look at snowfall records during past La Niña events and compare them to a typical year.

The map below shows winter snowfall during seven significant La Niña episodes. The lower the number, the stronger the La Niña. The blue dots are above-average, the white dots are average, and the orange dots are below-average snowfall. 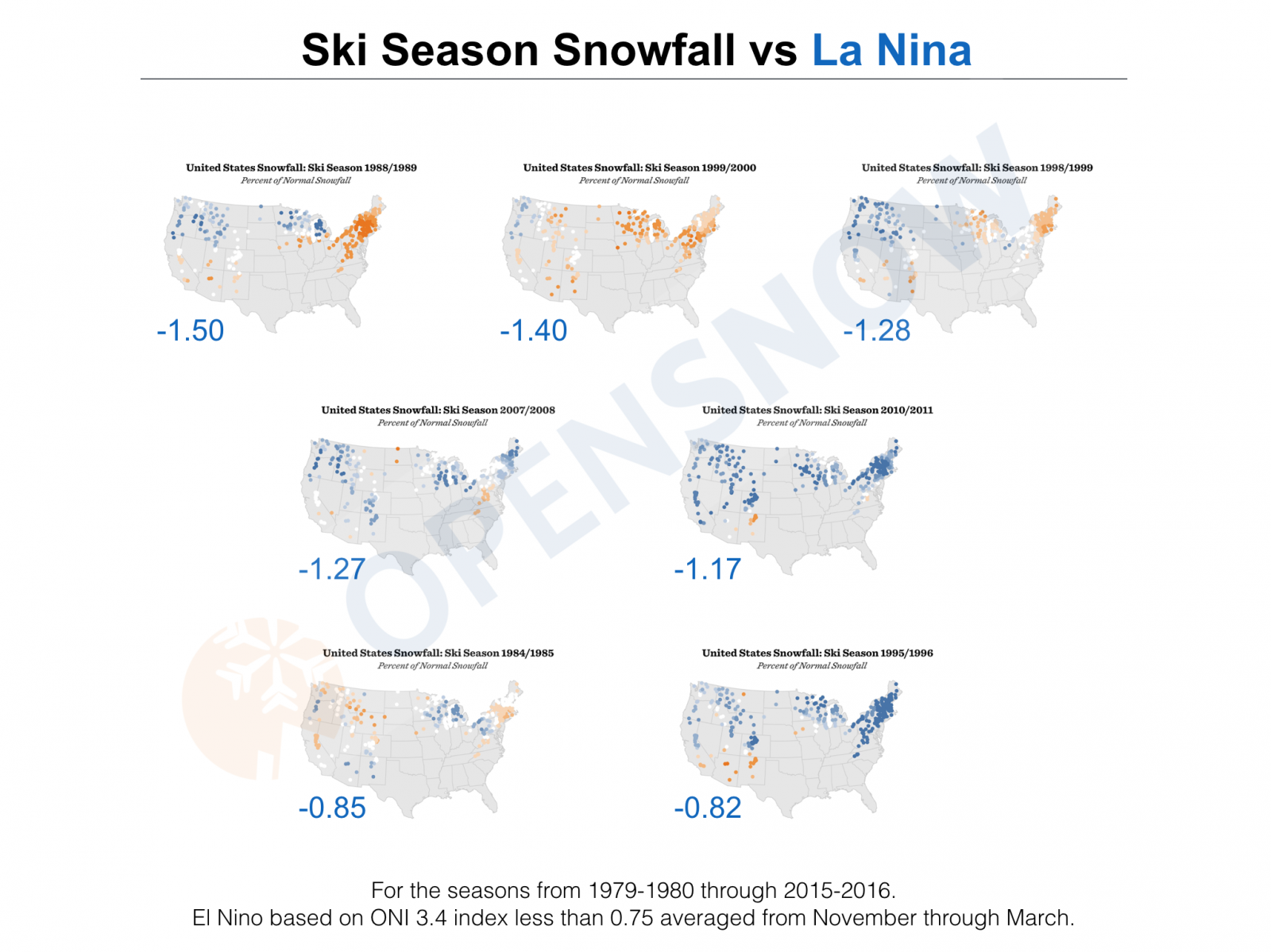 The effects of La Nina appear to show much of the Western US receiving average to above-average snowfall during these significant events. Again, though, the pattern doesn’t hold 100% of the time.

Since the last significant La Niña episode occurred back in 2010, let's have a little fun by looking back at the snowfall during the 2010-2011 winter season at ski resorts across the Western US, which was a banner year for many areas.

All data is courtesy of BestSnow.net

The 2010-2011 ski season is interesting to look at as a potential comparison for a significant La Niña episode but keep in mind that no matter how deep or light a winter is overall, when it comes to skiing, it’s all about timing.

Booking a trip 7-10 days in advance and for a general area that looks stormy will increase your chances of scoring deep powder days. 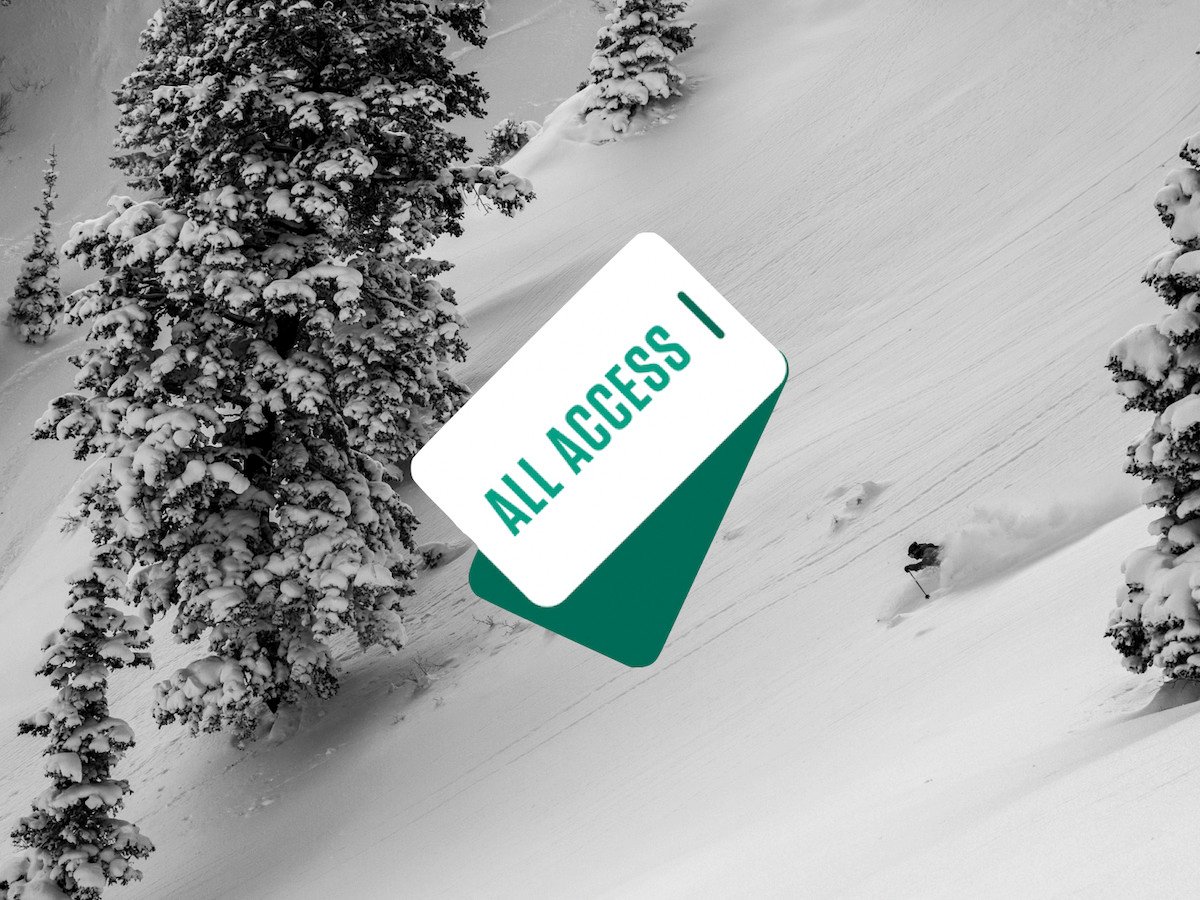 If you're ready to level up your weather app for the upcoming winter season, consider upgrading to OpenSnow All-Access. Whether you’re chasing powder, searching for sunny days, or something in between, our proprietary snow forecast data, local "Daily Snow" forecasters, and high-resolution weather maps have you covered.

But don't just take my word for it ... "Any weather app can give a mediocre forecast for a mountain town, but only OpenSnow provides a good idea of actual mountain conditions. It's a small price to pay ($29.99/year) for the best weather forecasts." – Real App Review