Deep totals throughout the Northwest 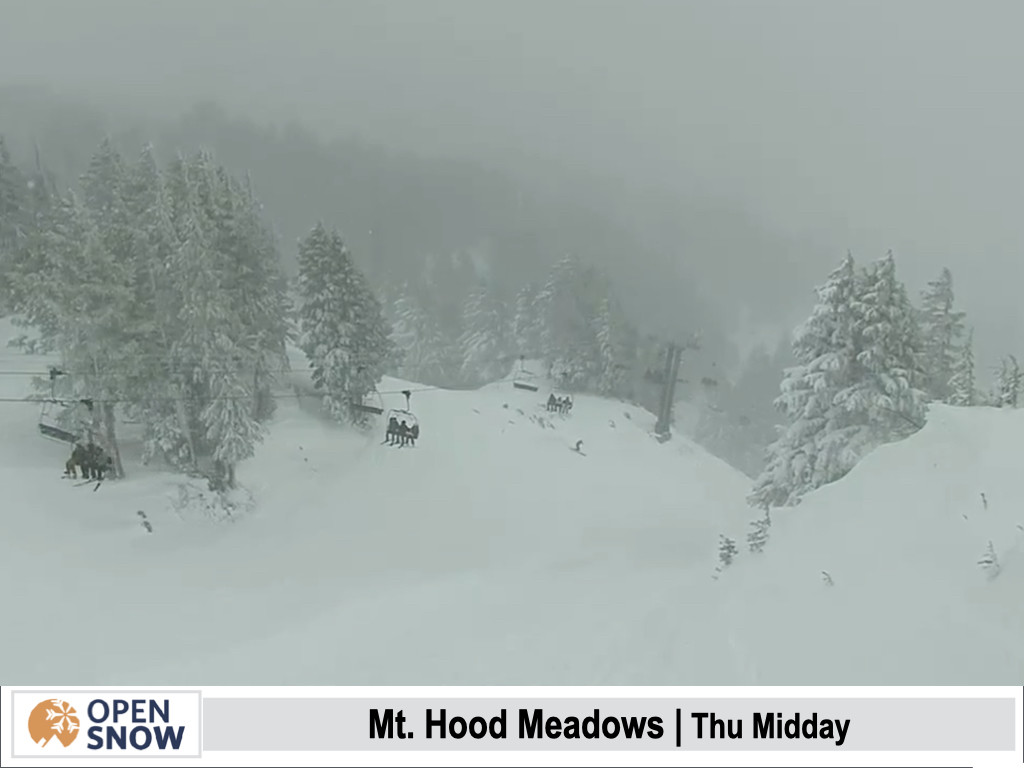 A strong storm has delivered the goods across Washington, Oregon, and Northern Idaho with widespread double-digit totals. So far, the deepest totals are coming in around Mt. Hood. Snow showers will continue for many areas Thursday, favoring Oregon. Several weaker storms will bring snow to parts of the PNW from Friday (Dec 2) thru Tuesday (Dec 6), but it will be a calmer pattern overall.

Here are the latest 48-hour snow totals from Tuesday AM through Thursday AM:

What a storm this has been! Skiing conditions have been great from what I hear, and Snoqualmie Pass and Stevens Pass are both on schedule to open this weekend.

An unstable southwest flow will persist across Western Washington on the backside of this storm, resulting in additional snow showers across the Cascades. Areas from Stevens Pass to White Pass could pick up another 1-3 inches by the end of the day on Thursday, while Mt. Baker and the North Cascades will stay dry. 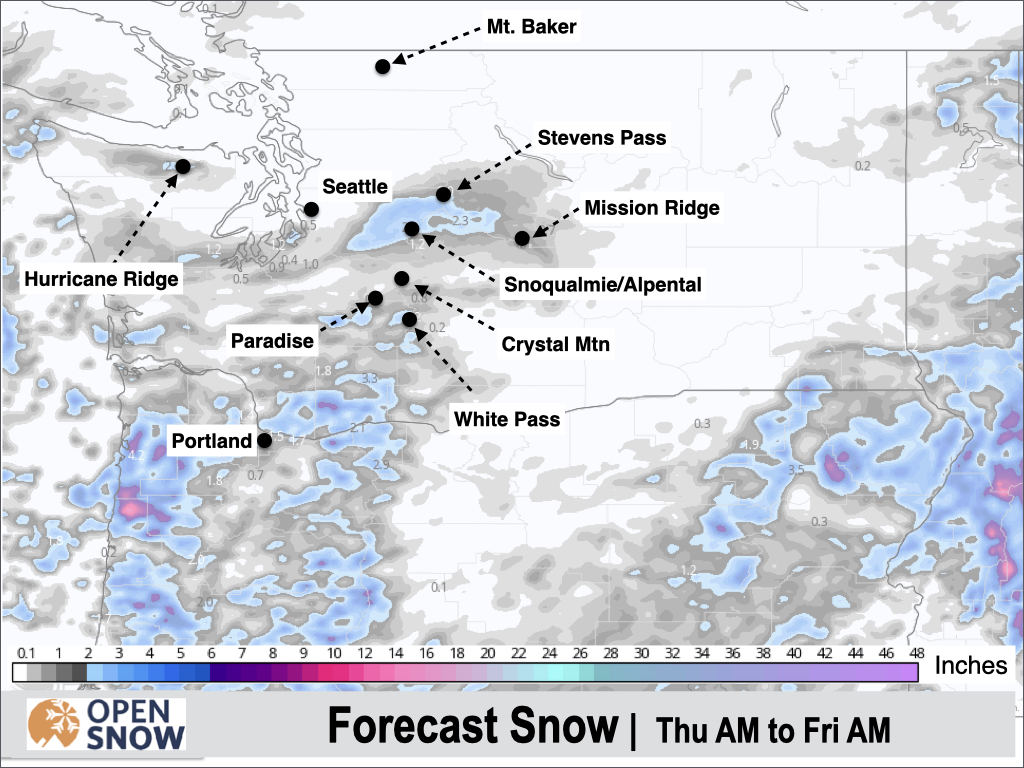 The next storm will hover off the coast of Washington on Friday and Saturday, but will then head southward rather than moving ashore. This will result in a surge of moisture from the south/southwest reaching the Olympic Range and the North Cascades, while the Southern Cascades (south of I-90) will see less moisture.

There are still some model differences regarding the placement of this moisture surge, but for now, I'll go with a forecast of 3-6 inches for Baker, Stevens, Alpental/Snoqualmie, and Hurricane Ridge, while Crystal Mtn, White Pass, and Paradise should see 1-3 inches.

On Sunday, a second wave of moisture will approach from the south, and this could potentially spread some light snow into the Southern Cascades as far north as the Rainier area, but confidence is low at this time.

What a storm this has been! Here are the latest 48-hour snow totals from Tuesday AM through Thursday AM: 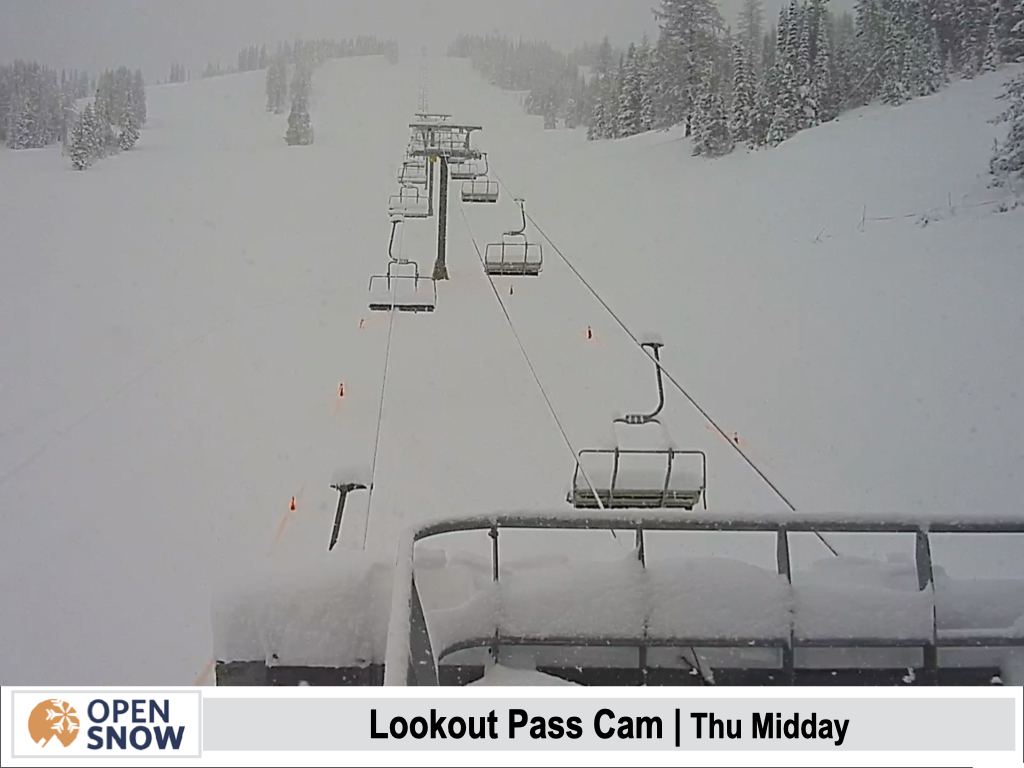 An unstable southwest flow will persist across Western Washington on the backside of this storm, resulting in additional snow showers, especially over the Idaho Panhandle. Additional snowfall through Thursday night will range from 2-6 inches at Schweitzer, Silver, Lookout, and Bluewood, and 1-3 inches at 49º North and Mt. Spokane. 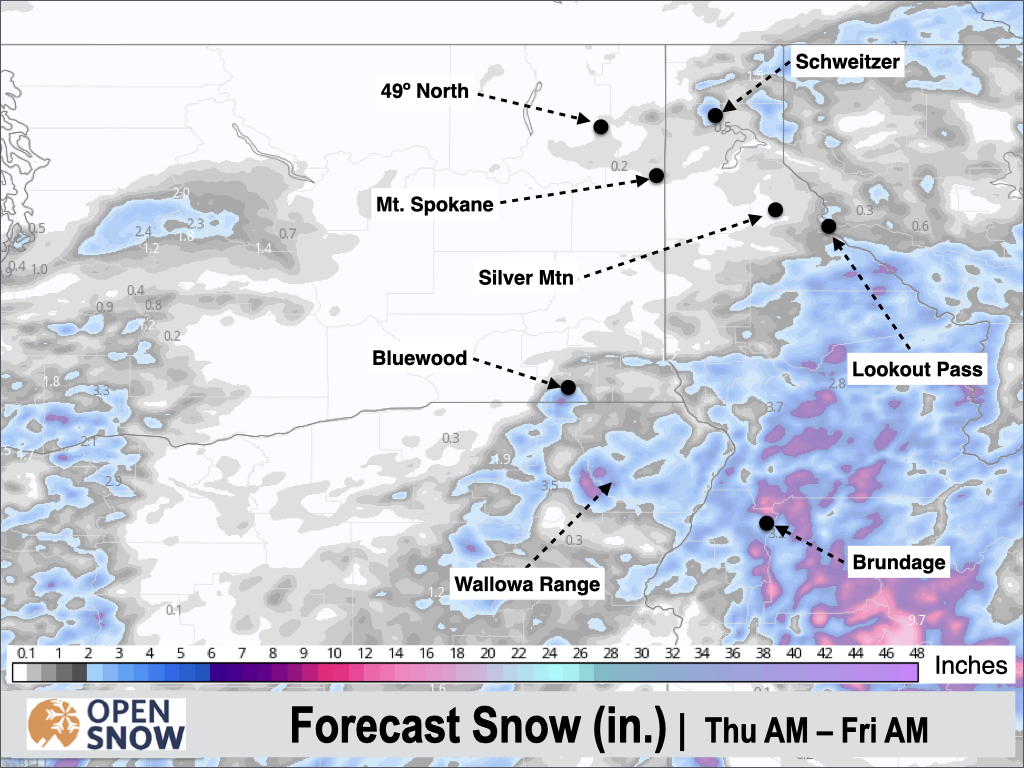 The next storm will hover off the coast of Washington on Friday and Saturday, but will then head southward rather than moving ashore. As a result, the Inland Northwest will see little to no snow.

Some models are projecting just a touch of moisture to reach far NE Washington and Northern Idaho, which could potentially result in a dusting for 49º North and Schweitzer on Friday night. However, it's also possible these areas end up with nothing.

On Sunday and Sunday night, another weak surge of moisture arriving from the south could potentially bring some light snow to Bluewood, Silver, and Lookout, but confidence is low.

What a storm this has been! Here are the latest 48-hour snow totals from Tuesday AM through Thursday AM:

So far, the forecast has generally worked out well with the only exception being Anthony Lakes in NE Oregon, who has received less snowfall than expected.

Check out the scene at Mt. Hood Meadows on Thursday, where skiers are out enjoying the goods. 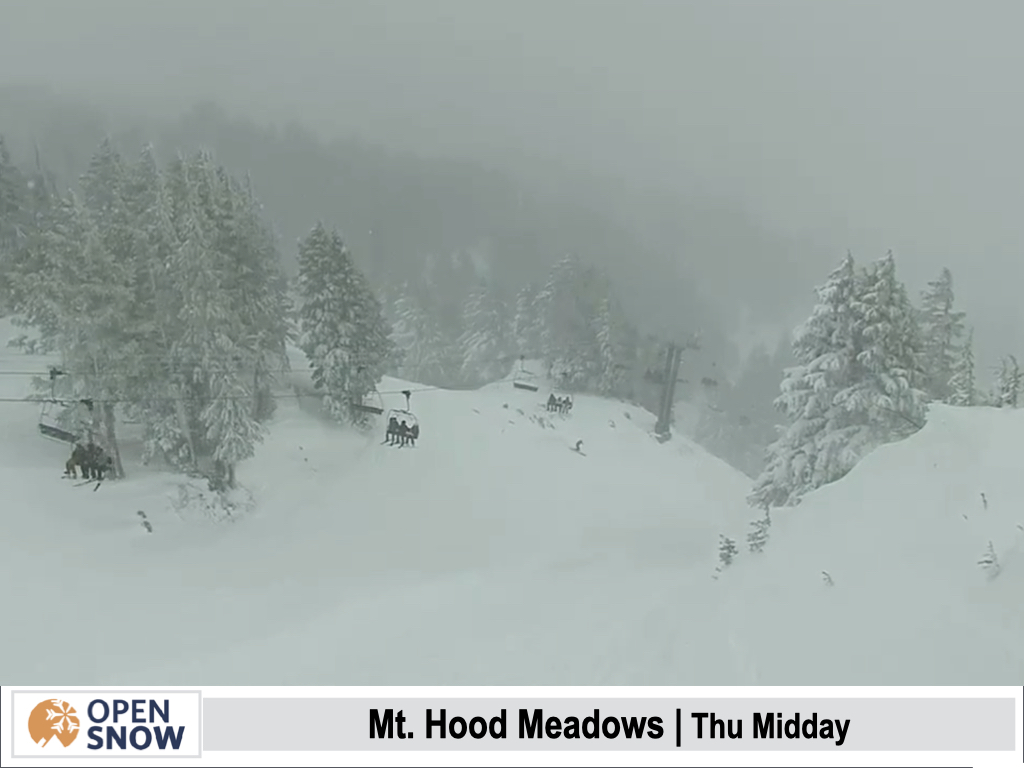 An unstable southwest flow will persist across Oregon on the backside of this storm, resulting in additional snow showers through Thursday night. Additional snowfall will generally range from 2-6 inches across the Cascades and the Blue/Wallowa Mountains. Warner Canyon in South Central Oregon could potentially see higher totals. 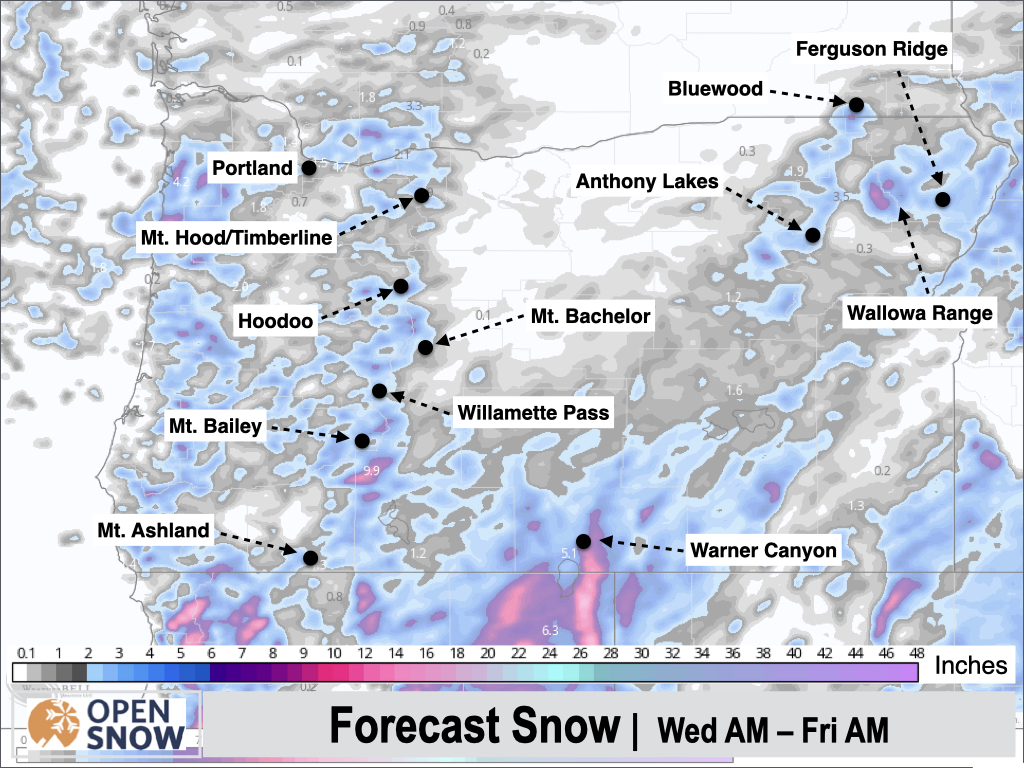 The next storm will hover off the coast of Washington on Friday and Saturday, but will then head southward rather than moving ashore. We may see just enough moisture reach Northwest Oregon on Friday night/Saturday morning for some flurries around Mt. Hood, otherwise, dry conditions are expected through Saturday.

On Sunday, the storm will be located further south off the California coast, but a wave of moisture will arrive from the south, resulting in a better chance of snow across Oregon.

Confidence is low in how this will play out as some models are projecting the wave of moisture to primarily impact Eastern Oregon, while others are projecting impacts across both Western and Eastern Oregon. Overall, this is looking like a fairly light event regardless of who ends up getting snow, but it could be a nice refresh nonetheless.

On Monday (Dec 5) and Tuesday (Dec 6), a generally unsettled pattern can be expected with models hinting at a weak wave or two moving across the Cascades and the Inland Northwest, resulting in light snow chances. My expectations are low that areas see much more than a dusting, but on the plus side, snow levels will remain low.

After that, the next chance of seeing a more meaningful snow event will be around Wednesday (Dec 7) or Thursday (Dec 8). I'm seeing some hints of a possible storm around the weekend of December 10th-11th as well. Confidence is low on the details and storm tracks for both of these storms, but generally speaking, the pattern over the second half of the Dec 5th-11th week looks more active than the first half of the week.

Temperatures will remain on the colder side of average through about December 9th, then we could see some warmer air reach the Cascades around the 10th-11th, which means we may have to start paying attention to snow levels again.