Late season snow for the West and the East 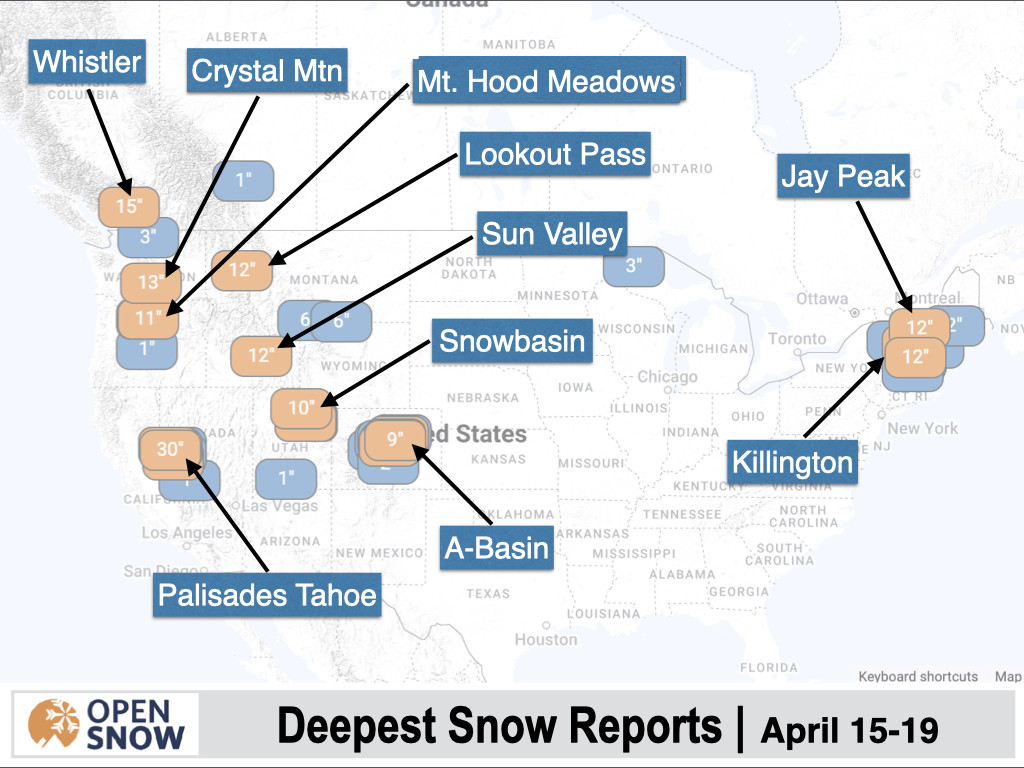 A cool and active spring pattern has been in place throughout North America over the past week with impressive mid-April snow totals across not only the West but also the East. Winter is not finished yet either as another strong storm will impact the West from Wednesday night through Saturday with deep snow totals expected for Tahoe and portions of the Rockies.

A snowy April pattern has continued recently and the East has gotten in on the late-season action as well with 12 inches reported in the last 5 days at Killington and Jay Peak. Out West, reported 5-day snow totals include 30 inches at Palisades Tahoe, 21 inches at Sugar Bowl, 15 inches at Whistler, 12 inches at Sun Valley, and 10 inches at Snowbasin and Alta. 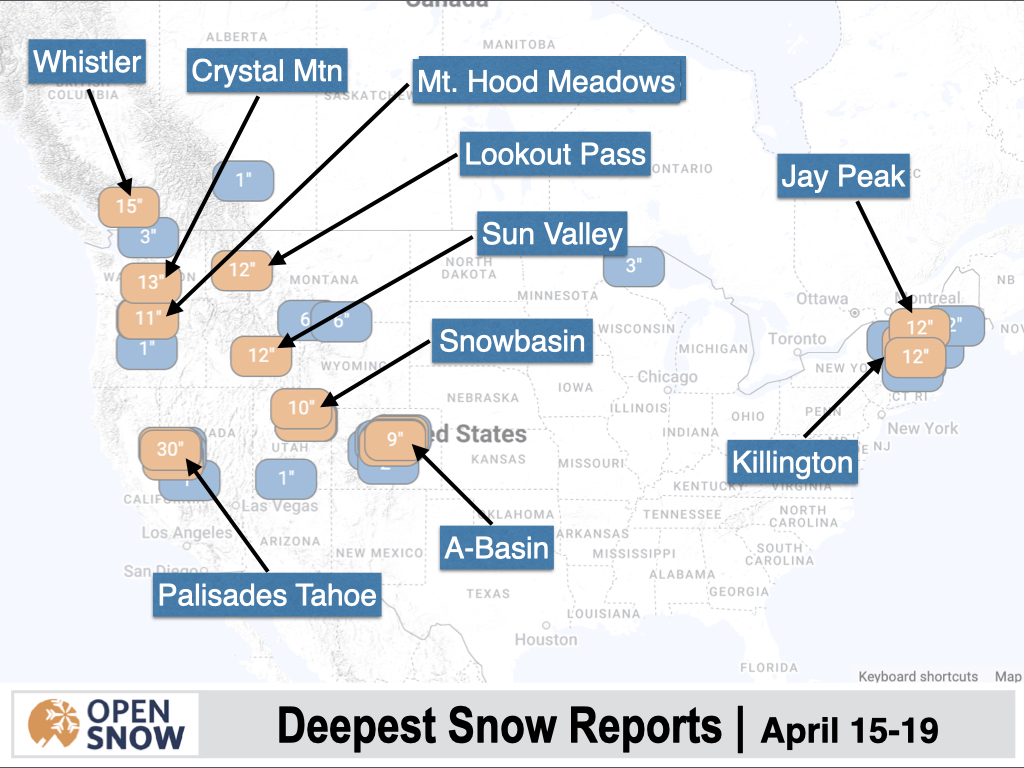 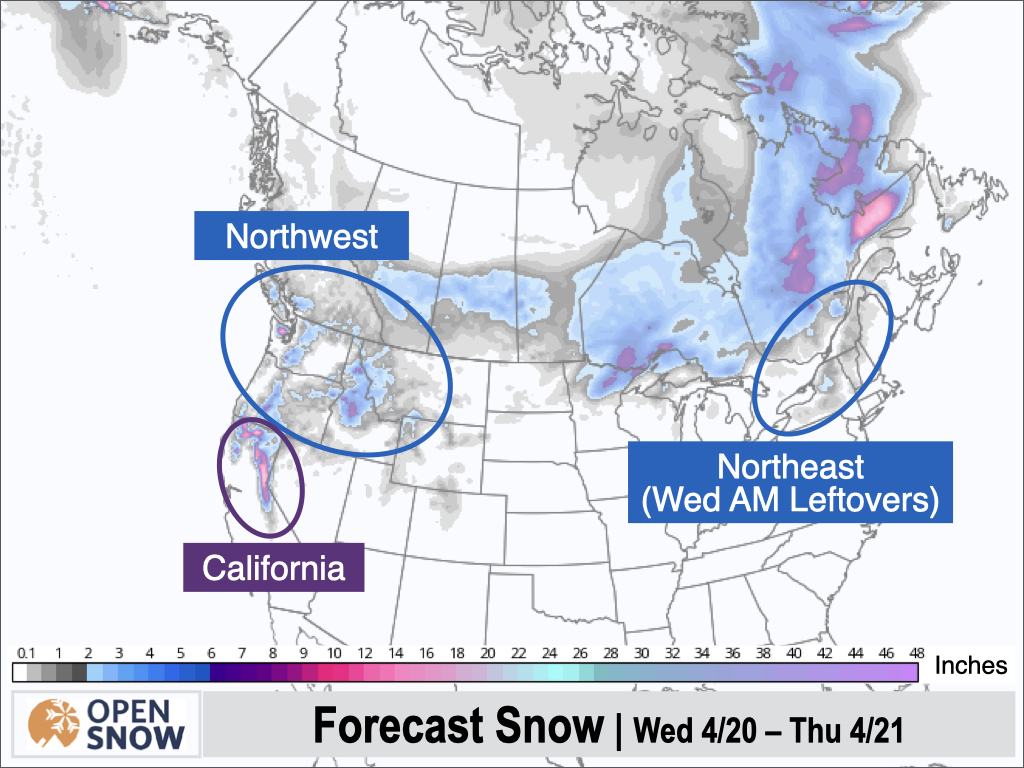 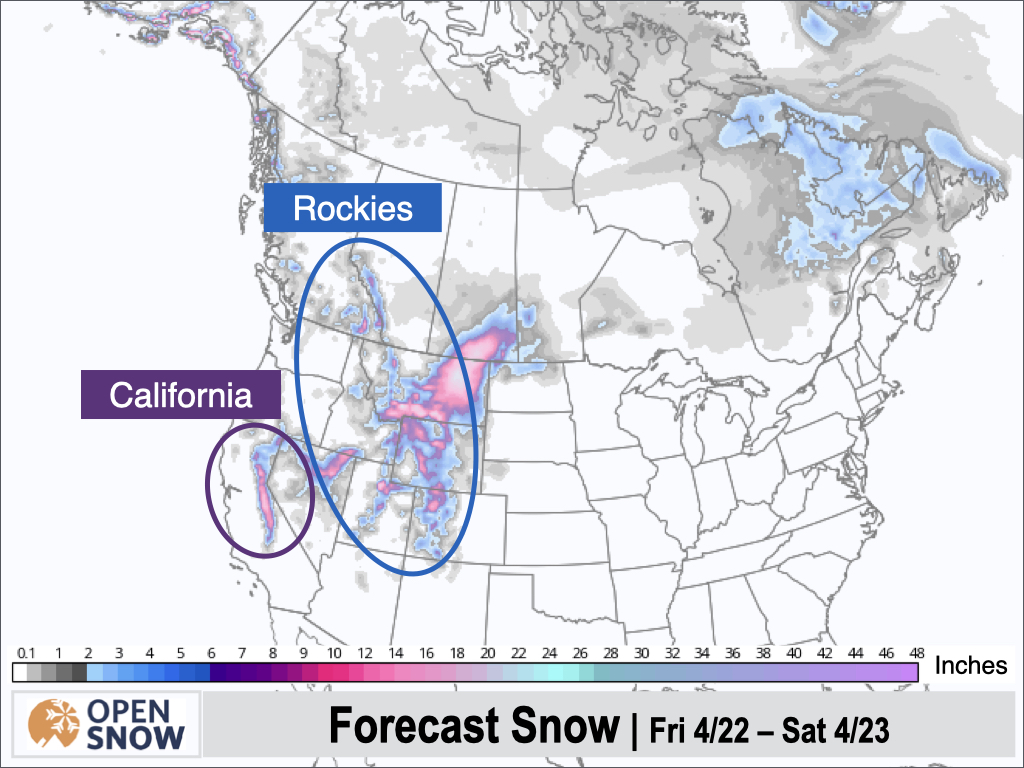 Overall, most areas out West will see a trend toward quieter weather during this period, though some uncertainty does exist. Lingering snow showers from the previous storm will taper off across the Rockies on Sunday morning, while the Coast Range of BC and Alaska will start to see some snow showers activity on Sunday and Monday.

At least one model is projecting a weak storm to bring some snow to the Northwest U.S. on Sunday and Monday as well, which leads to some uncertainty, but more likely than not this area will largely stay dry both days. 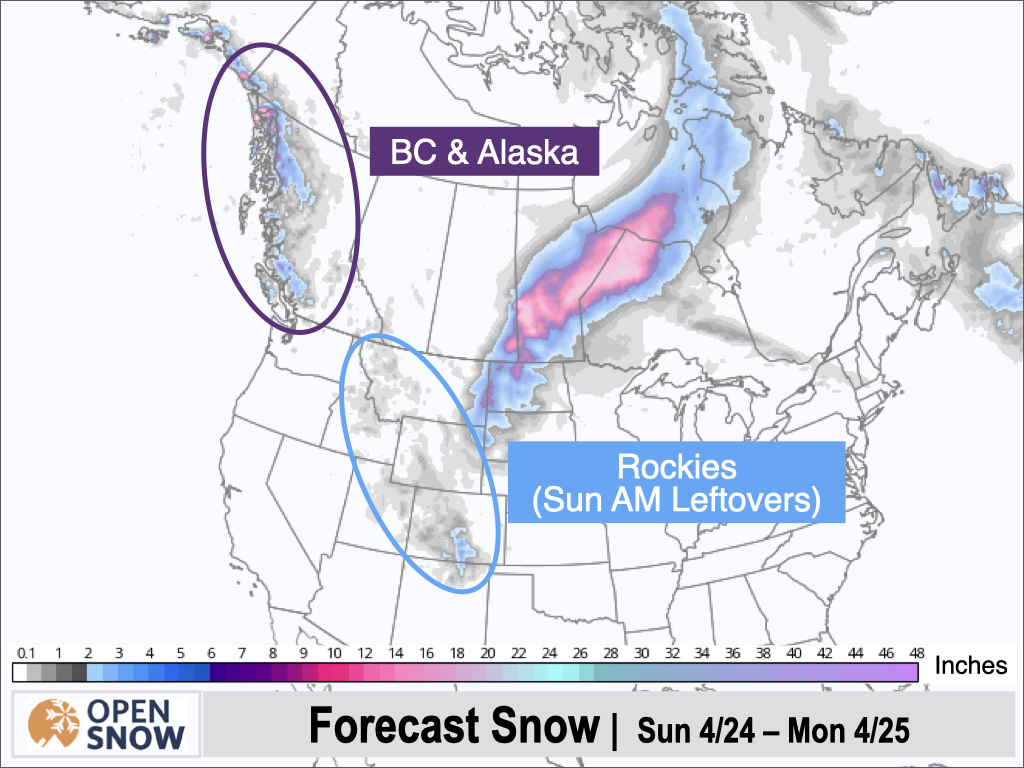 The storm track during this period will favor Western Canada, the Pacific Northwest, and the Northern Rockies with additional shots of snow along with below-average temperatures. Tahoe will likely head into a warmer/drier pattern while Northern Utah and Northern Colorado will be right on the southern fringe of the storm track and could pick up some new snow at some point. 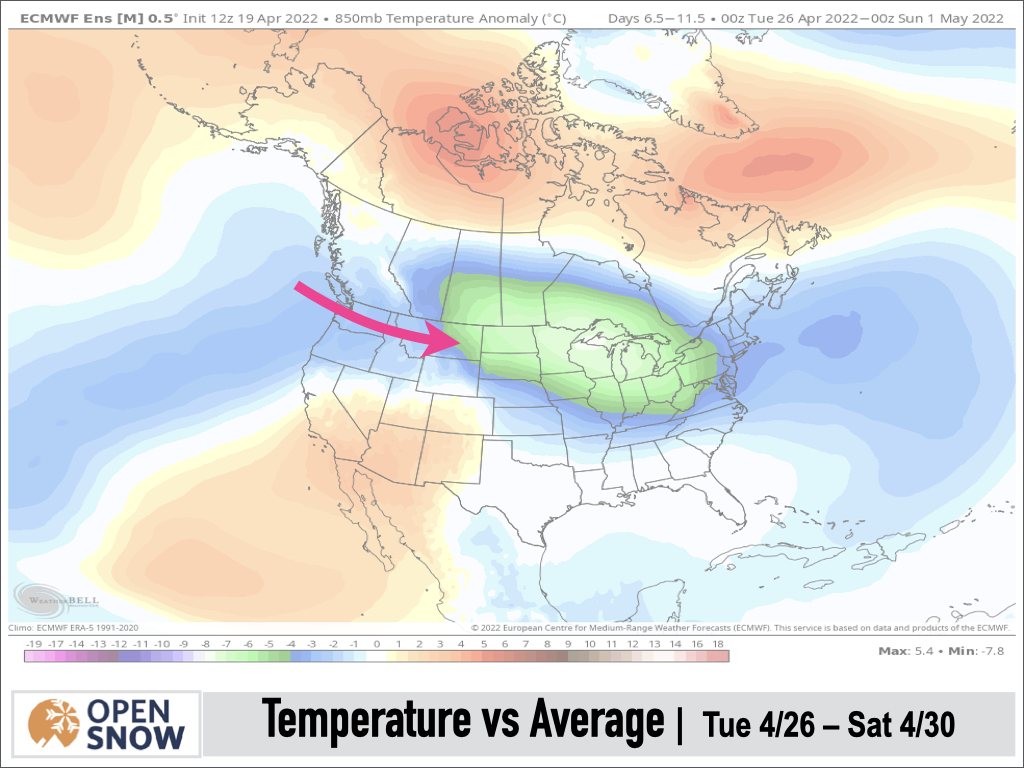 Thanks so much for reading! Our last post of the season will be next Wednesday (4/27).