After a quick storm pushed into Utah this weekend, we will see high pressure re-establishing control this week. At this point, there is no solid chance for storm or pattern change in the next two weeks.

We saw our storm system push into the area as expected. The system pretty much performed as we had thought. Northern Utah, particularly north of I-80 saw some measurable rain in the lower elevations with a couple inches of snow up high. Amounts fell dramatically south of I-80, but a few locales still saw decent precip. Overall, it was a nice storm to provide some much-needed moisture to some of us, but not big enough to cause us any headaches down the road with regard to snowpack instability.

This week, we will be see the storm track mostly remain to our north and then east. High pressure is establishing itself along the west coast and that will be strong enough to keep us dry and mild with temps generally rebounding to the low 70s in the lower valleys and 50s and low 60s in the mountains. Here is the forecasted height anomalies by Friday of this week (Oct 16): 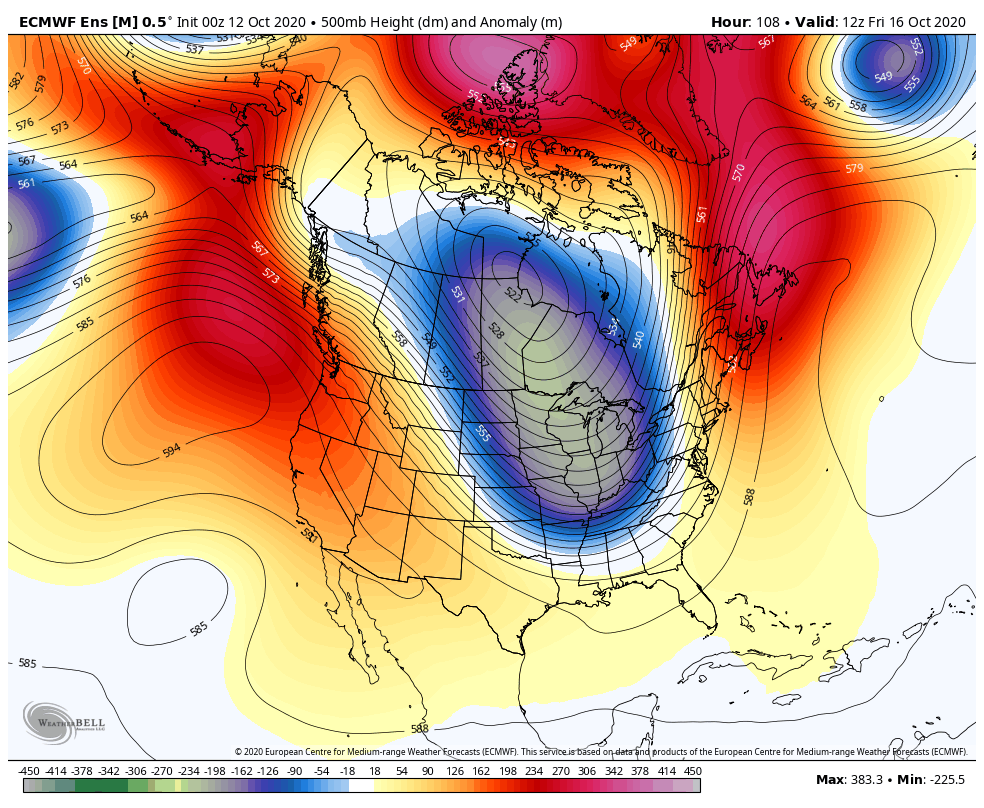 You can see the strong ridging along the west coast. This is going to keep us blocked from storm energy. Storms will drop into the far northern Rockies, then down into the central US, missing Utah.

The pattern looks like it is going to remain stagnate for quite some time. If we look ahead another week at the same map, we see not much has changed by Oct 23: 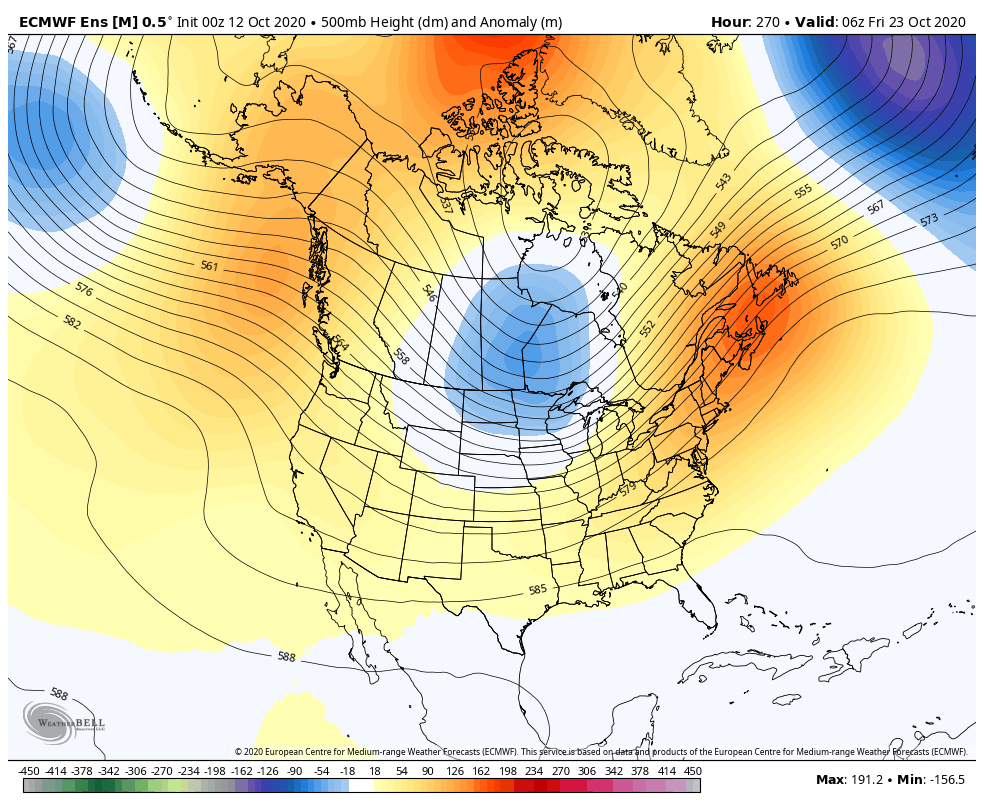 The same general idea persists. Earlier this month, it was looking like a more substantial pattern change could take place over the last week of October but I'm starting to have my doubts. It is not uncommon for models to back off on major pattern changes as we get closer. An atmosphere that is stuck in one pattern can be difficult to dislodge. Right now, I think the most likely scenario is that we won't see any major snowfall until November. In an ideal world, it would start snowing on November 1 and never stop, but this isn't always an ideal world. I worry that if we go that far without putting down any sort of base, we run the risk of not having enough snow to open later in the month if the atmosphere doesn't turn on.

I suppose there's no point worrying about it just yet. Let's just watch and see.

Next update will be when there is something solid to talk about... Until then, keep doing your snow dances!