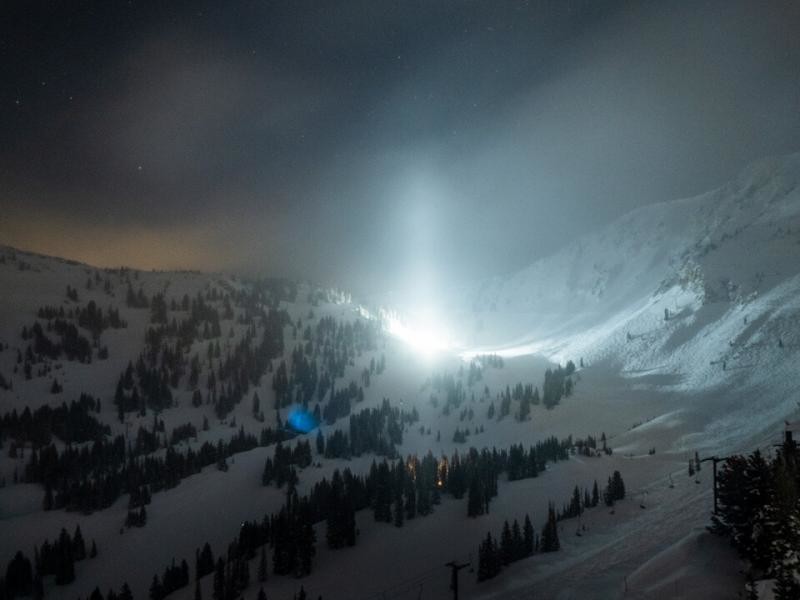 A cold but mostly dry pattern remains in the western US where Utah will continue to see weak systems. One middle of this week with perhaps a slightly stronger one for the weekend. However, big snow looks unlikely before the end of January.

Yesterday we had another weak system move through the region. As expected, accumulations were light with 1-3" in Northern Utah mountains and 4-5" in southern Utah.

The main story is continuing cold temperatures. We should stay chilly through the extended period. We will also have very weak systems dropping down the backside of the amplified ridge that is parked just off the west coast. These weak, moisture-starved systems will give us additional chances for a few snow showers and bring clouds and reinforcing shots of cold air, but that's about it.

The next wave is looking likely for late Tuesday into Wednesday. A few snow showers possible but accumulations should be minimal. Then, we have a break Thursday thru Friday will slight warming before another system is possible for the weekend. Not much confidence in this storm with each models showing different timing and setup. It should be a weak system, but perhaps a bit better than the last two we've seen so we could see some modest accumulation. We will have to watch.

It looks like we continue with the cold weather as we turn over the clock into February. Models have moved to a solution where they develop shortwave ridging over us for a few days around Feb 2-5 with the main trough off shore, then they move that trough overhead toward the end of the 15-day run around February 7th. This is when I think we would be more likely to see storms of consequence, but confidence is extremely low. Overall, we are in a cool, dry pattern for the foreseeable future and I'll let you know as soon as something more concrete shows up. In the meantime, we can hope that one of these weaker storms surprises us. Better to have chances for snow and surprises than no snow at all.